Symptoms of an STD that Require Examination

Some key symptoms of an STD alert you that you’ve possibly contracted one. Learn to recognize them and seek medical attention. 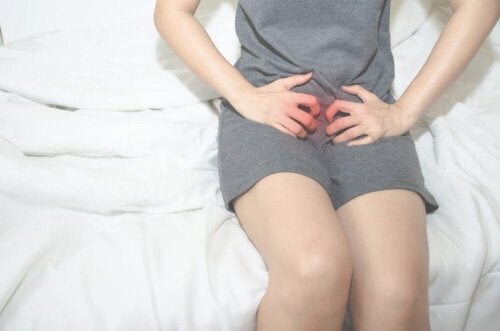 Do you know the symptoms of an STD? These diseases are transmitted through sexual intercourse, including contact with blood, semen, vaginal fluids, or other bodily fluids.

Sometimes, these infections are transmitted by non-sexual routes, such as from mother to child during pregnancy or childbirth, by shared unsterilized needles (a common transmission route among drug addicts), or blood transfusions.

The problem is that many are unaware that they’ve contracted one, since they don’t always have evident clinical manifestations. Therefore, it’s important for you to know the possible symptoms of an STD and, of course, to consult a doctor if you suffer from them.

Symptoms of an STD

A number of symptoms are generally common to all sexually transmitted diseases, such as genital itching or burning, altered vaginal discharge, pain during sexual contact, bad smells, or feeling unwell.

Nevertheless, distinguishing symptoms based on the most common STDs will facilitate their detection and subsequent treatment.

Read on to learn more: 11 Sexually Transmitted Diseases You Need to Know About

1. The symptoms of chlamydia

Chlamydia is a bacterial infection of the genital tract. If not treated properly, it can lead to more serious infections, as well as fallopian tube scarring in women and prostatitis and epididymitis in men. However, it’s usually easy to cure if caught early.

Sometimes, chlamydia has no detectable symptoms or can be mistaken by more everyday illnesses. Therefore, it’s important that, if you’ve had a high-risk sexual encounter, meaning without protection, you go see a doctor to get the pertinent tests.

Among the characteristic symptoms of this disease, according to this report from the United States National Library of Medicine (NLM), we should highlight the following:

2. The symptoms of gonorrhea

Like chlamydia, gonorrhea is caused by a bacterium. Thus, medical professionals prescribe antibiotics to treat it, according to this study by the Free University of Brussels (Belgium). Although it’s a disease of the genital apparatus, it can also occur in the mouth, anus, throat, and eyes.

Generally, the first signs of the disease appear ten days after a person becomes infected. However, sometimes, it may be symptom-free. Thus, it may take weeks or months for a person to become aware of the infection.

Among the key signs for its detection, we highlight the following:

3. The symptoms of HIV

HIV is the human immunodeficiency virus. Its infection causes the virus to multiply in the body, subsequently deteriorating the immune system.

For its part, AIDS is a chronic disease HIV causes that manifests when the immune system is too weak and hasn’t received treatment to control the infection, as well as when an opportunistic infection is contracted, as a result from CD4 cells (T lymphocytes) decrease.

A person can be a carrier of this virus and not suffer from the disease nor its associated symptoms. In this regard, we’ll differentiate the symptoms based on the time elapsed since an individual became infected:

The initial symptoms of HIV

These symptoms usually disappear in a few weeks and can be confused with the typical signs of any viral illness, such as the flu or a cold. These signs include:

This article may interest you: Read About the 5 Most Common Sexually Transmitted Diseases

The late symptoms of HIV

The most persistent symptoms can take years to manifest after the initial infection. As the virus multiplies and deteriorates the immune system, symptoms of late-stage HIV infection will appear:

Go see your doctor at the first symptoms

In short, it’s important to keep in mind that the symptoms of an STD can vary in each patient, depending on the type of infection and their body’s response level. Now, in addition to the STDs we mentioned above, which are usually the most common, a person can suffer from others.

Therefore, in order to treat it in the most adequate and timely way, it’s best to go see your doctor at the sign of the first symptoms. This way, the medical professional will be able to evaluate you and request the pertinent tests for an accurate diagnosis.

How Can Women Protect Themselves from STDs?
The only sure way not to get an STD is to not have sex. Otherwise, it's worth reading this article about what women can do to protect themselves from STDs. Read more »
Link copied!
Interesting Articles
Health and sexuality
5 Types of Sexual Orientation