Brown Vaginal Discharge: What Does it Mean?

Brown vaginal discharge typically doesn’t indicate a problem. In fact, in many cases, it’s completely normal. In this article, we'll tell you its possible causes and when to see a doctor. 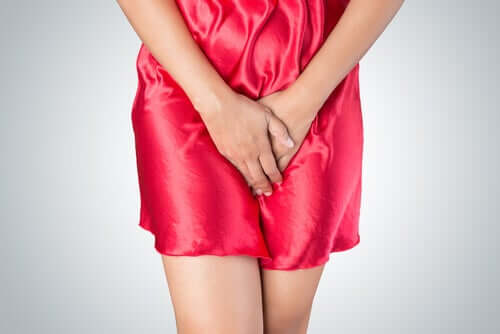 Although brown vaginal discharge isn’t the most common form of vaginal secretions, it isn’t rare. However, its existence doesn’t mean that a woman is suffering from a disease. Often, brown vaginal discharge is part of a normal menstrual cycle. Also, sometimes it’s a sign of a physiological process that’s developing as expected. You should pay attention to it, but it shouldn’t immediately alarm you.

The four most common causes of brown vaginal discharge

There are four circumstances in which brown vaginal discharge is expected and requires no medical intervention. In other words, it’ll resolve on its own. These circumstances are:

Diseases that may cause brown discharge

Some of them are:

Also, keep reading: 6 Questions You Should Ask Your Gynecologist

Causes that originate in the female reproductive system

Among the female reproductive system causes, we can find:

Keep reading: These 7 Factors May Lead To Cervical Cancer

When to see your doctor if you have brown vaginal discharge

Overall, if you had brown discharge once without other symptoms, it shouldn’t alarm you. Nevertheless, experts consider appropriate to go see your doctor if one of these three things occurred with it:

Experts also recommend consulting a doctor if the discharge alternates with other types of vaginal discharge. In fact, the particular characteristics of the other discharge may indicate a second situation that isn’t being detected. Brown vaginal discharge that’s linked to pregnancy may be associated with another discharge, like pink discharge, for example. However, if it resolves on its own and you have no other symptoms, you don’t need to see your doctor

At the other extreme, there are yellow and white discharges. These, along with brown vaginal discharge, may be a sign of an infection that’s usually treatable and curable. These discharges should lead to professional consultation to establish the appropriate treatment:

Also, it’s important to remember that you can consult your gynecologist if you wish if you notice brown vaginal discharge. A health care professional will know how to distinguish between normal situations and diseases. They’ll be able to determine which require intervention and those that require medical treatment.

Indications and Adverse Reactions for Desogestrel
Desogestrel is one of the options for contraception and we'll look at the benefits and adverse reactions of Desogestrel in this article. Read more »
Link copied!
Interesting Articles
Anatomy and physiology
How Extreme Temperatures Affect the Human Body