How to Control Child Rebellion

Rebellion is a normal behavior of children between 2 and 6 years of age, as well as in adolescents. It is important to understand the child, listen to them, offer them love... but also to correct them with the necessary firmness. 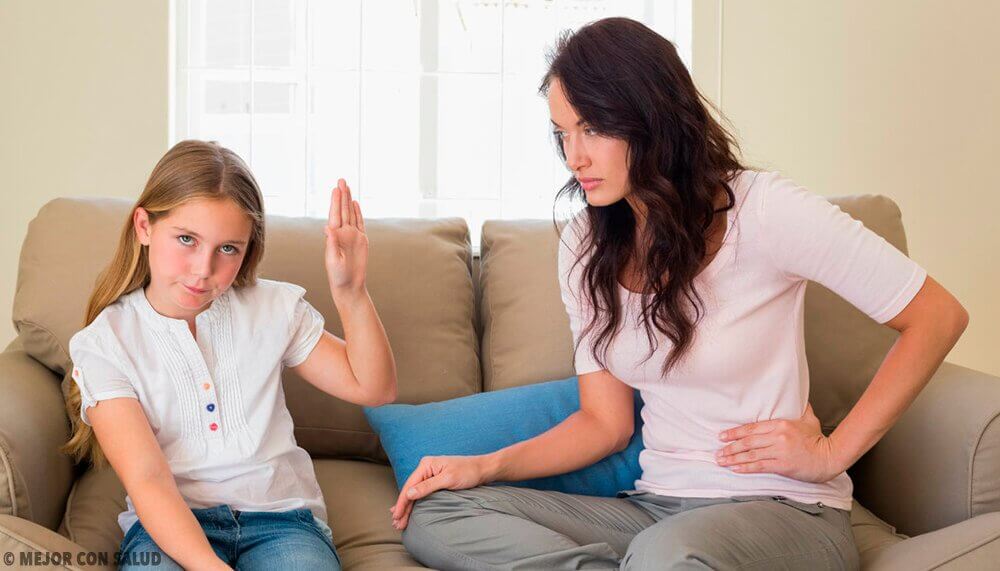 Child rebellion usually manifests itself in different ways, depending on their age. As they grow, many changes arise, many motivated by the definition of their identity.

There are two classic stages of rebellion in children, between 2 and 6 years of age, and when they reach adolescence. In these stages, the child or adolescent wants to exercise and impose their own will.

There are other periods of rebellion, for example, when children suffer from changes in their environment, making it difficult to relate to parents. This suffering can be translated into rebellion.

This behavior, rebellion, is considered normal, so we should not be too alarmed. These stages of rebellion are to some extent necessary, since in these stages, the child forges their personality, their identity, and their individuality.

Given this, it is essential that you accept and understand the rebellion of your child, but also that you know what to do, as the case may be. Your challenge as a parent is to handle their rebelliousness in such a way that they forge their identity, without engaging in bad behavior.

Strategies to control the rebellion of your child

You may have heard that during these stages you should teach them discipline with love. Even if they are small, they are able to relate what they do to what they were asked to do. You must gather all of your patience, responding to tantrums with calm and control.

Also, it is essential that you regulate your behavior by applying certain strategies, such as:

See also: How to Stop Yelling at Your Children

If your child knows the family rules and the consequences that they would face if they fail to meet them, they will find it easier to feel safe. This does not mean that they will never challenge them, so it is important that consequences are implemented, just as you have established them.

2. Do not celebrate inappropriate behaviors

Your child’s rebellion is enhanced when, as a parent, you laugh at their bad behavior. Although you find it very funny in the moment, you are giving a double message to your child. As a result, you will gradually lose respect.

One of the most common mistakes that parents make is to highlight negative behaviors over positive ones. As a parent, you can indirectly reinforce these negative behaviors when you constantly comment on them and you do not recognize what your child does well.

Praise the good that your child does, as this is just as important as reprimanding bad behavior in its proper measure.

We recommend you read: Rifts and Wounds Within the Family Take Much More Time to Heal

Even if your child fails again and again, you must be sure that they can always count on your love. Explain that your annoyance is because of the way they act. Put yourself in their place, understand them and listen to them. Avoid yelling at them and strive to keep calm.

In the case that they are already in adolescence, do not question their mood and let them have their own space.

5. Recognize if you are fostering your child’s rebellious attitude

Many times the rebellion of your child can be generated by a family situation that, as a parent, you do not know how to handle. The separation or emotional distancing of dad and mom is one of the most common causes.

If there is some kind of tension between the parents, the children are likely to perceive this and try to divert attention from it. Also, the preferences for one of your children over another provokes rebellious attitudes.

Offering alternatives to children helps them reaffirm positively during the circumstances. Also, it contributes to the development of decision-making skills in their adult life.

Offering alternatives to your child may involve, among other things, negotiating with them. For example, allow them to watch television until a certain time, if they fulfill their homework beforehand.

Affirmative language is much more effective than negative language. Positive language does not promote the defiant attitude that prohibitions produce. Do not focus the language on what your child should not do, do the opposite.

No child is born with a manual on how to educate them, so many parents are faced with that task with very few tools. We can not limit ourselves to exercising our authority, without worrying about knowing what our children are living.

Each child is unique and special, and their way of reacting to situations will depend to a large extent on what they see in their home throughout their growth.

Pay Attention: These Traits Could Indicate that Your Child Has Learning Difficulties
Angelica is 4 years old. In class she doesn't speak or share with other children. She also doesn't seem to follow the teacher's instructions. The school psychologist and the teacher arrange a meeting with Angelica's parents because they glimpse that she possibly has learning difficulties. Read more »
Link copied!
Interesting Articles
Children
The Signs of a Spoiled Rotten Child