Causes of Fibromyalgia: Could it be Hereditary?

Scientists are still discovering a lot about fibromyalgia. While it's likely to be genetic in nature, it could be triggered by an infection, a stressful situation, or trauma. Learn more in this article! 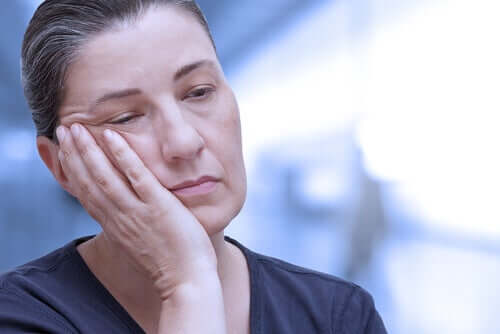 Researchers have not yet determined the causes of fibromyalgia. It’s a complex disease that’s still difficult for scientists to explain. It’s a disorder that produces muscle and bone pain without a stimulus that directly causes it.

In other words, fibromyalgia means that something that isn’t normally painful produces an intense sensation of pain. The word itself comes from Greek and Latin, where ‘fibro’ refers to the fibers of the connective tissue, ‘mio’ to the muscle, and ‘algia’, which means pain.

It’s an issue that’s much more common in women than in men. Specialists estimate it affects around 2% of the world’s population. It’s a complicated disorder to diagnose and treat.

Advances in medicine today have made it possible to begin to hypothesize about the possible causes of fibromyalgia. Therefore, in this article, we’ll explain why it may be a hereditary disease and what other situations could cause it.

As we’ve already mentioned, fibromyalgia is a complex disorder. This is because the causes are still not well understood and it’s very subjective since what is altered is the person’s perception of pain.

Someone with fibromyalgia experiences musculoskeletal pain without there being an injury to explain it. Therefore, it’s important to distinguish it from a joint injury or injury to the bones and muscles themselves, since the symptoms will be similar.

Also, this disease is usually associated with diverse and heterogeneous symptoms. Firstly, it’s very common for the sufferer to experience tiredness and stiffness throughout the body. Similarly, it’s common to feel tingling in the hands or feet and even a feeling of swelling.

The idea is that fibromyalgia subjects the person to a very intense sensation of pain that ends up affecting almost the entire life of the sufferer. In fact, it’s common for these people to suffer from depression, anxiety, or other psychiatric disorders.

Pain makes it very difficult to pay attention or to relate to others, so it also affects social and occupational aspects. On the other hand, we can associate it with many other symptoms, such as migraines or irritable bowel syndrome.

You may be interested in: 3 Natural Remedies to Treat Low Back Pain

What are the causes of fibromyalgia?

Scientists are still trying to find out what causes this pain. They believe that what happens is that the concentration of certain substances that cause the sensation of pain increases in the brain.

Also, it seems that the receptors for these substances become sensitized. This means that, at each new pain signal, the receptors carry out an exaggerated response, making the perception of that pain almost unbearable.

Researchers have suggested different factors that may influence the development of this disease. For example, it seems that certain infections could trigger it. Similarly, some studies link the onset of fibromyalgia to trauma or stressful situations.

However, the latest research indicates that it may be an inherited disease. Scientists have found that, in certain families with fibromyalgia, there were mutations in the DNA of the mitochondria.

Mitochondria are a part of cells that also contain DNA, but different from that of the nucleus. This DNA is always transmitted from mother to child. In other words, the genes of the father don’t influence the inheritance of this cellular organ.

This assumption that fibromyalgia is hereditary would explain why it tends to affect women more and also why there tend to be different cases within the same family.

Fibromyalgia has no curative treatment. Currently, only the symptoms can be treated to try to reduce the pain and the impact it has on the patient’s life. Therefore, psychological and social support for these people is very important.

However, the fact that everything points to a genetic mechanism allows us to believe that soon there’ll be a treatment that’ll allow us to directly act on the cause to avoid the disease.

The cause of fibromyalgia: Conclusion

Fibromyalgia is a very disabling disease. The scientific community has not been able to confirm its cause or its mechanism of action. However, it seems that the origin is likely to be a genetic mutation and that, therefore, it’s a hereditary disease.

Natural Therapies that Help Neuropathic Pain
Neuropathic pain is the result of an injury or malfunction of the nervous system. Due to this, the patient feels pain, weakness, and numbness. Are there natural therapies to alleviate it? In this article we'll tell you everything you need to know. Read more »
Link copied!
Interesting Articles
Illnesses
Swimmer's Itch: Causes, Symptoms and Treatment