The Difficulty of Moving on After a Breakup

Moving on after a breakup is a difficult thing to do and in this article we'll give you some advice on what to do. 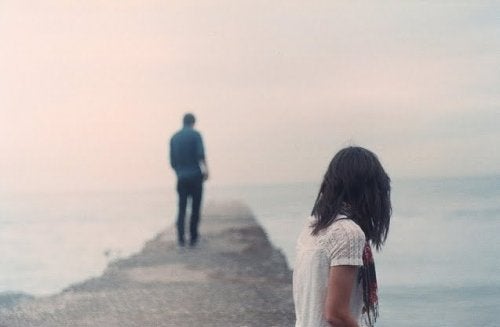 When a relationship ends, both partners have to grieve. Sometimes we’re unable to let go of our ex, regardless of the reasons that led to the breakup. Moving on after a breakup is not an easy thing to do.

Anyway, it’s important to know how to turn over a new leaf, even though we’re sometimes unable to do this due to other types of problems.

Letting go and moving on after a breakup


Why is it so difficult for us to disassociate ourselves from our ex? Do we love them that much? A relationship ends for reasons that both partners are aware of, but sometimes moving on after a breakup is difficult because you believed you were in love.

Sometimes you may have even forced yourself to give the relationship another go, but the problems you experienced in the relationship before resurface and remain unresolved. This leads to another breakup, which is worse and more painful than the first.

Below we would like to share with you some reasons as to why you may not be able to let go of your ex after a breakup, and why moving on after a breakup could be proving so difficult.

There are many people who suffer from emotional dependency, which is the inability to be able to live without being in a relationship. Sometimes, this is a result of emotional deficiencies that they’ve had since childhood.

Emotional dependence causes us to be unable to separate ourselves from our partner. Even if we don’t have another person, we replace the gap left with something else. Hence, if we’re a dependent person then we try to never be alone.

If you suffer from this problem, then you don’t realize that you don’t love your partner. You just need them.

Read more: 8 Pieces of Advice for Ending a Relationship on a Good Note


Let’s face it. No one likes to lose – at least most people don’t. This means that breaking up is not part of your plans. In addition, this idea is enhanced with the notion of romantic love. When the relationship ends we believe that life is over, everything just stops and nothing can follow.

Think about whether you’re really hurt or whether it’s your mind that is making you think you are hurt. Sometimes, not seeing the situation with perspective causes our emotions and feelings to be confused.

Do I not want to let go because I love them or because I feel hurt?

See also: 7 Toxic Emotions that are Keeping You from Being Happy

Many people may confuse the inability to not let go of their ex with the fear of loneliness, but it goes much further than that. We’re afraid to lose that comfortable state we were in because change has always scared us.

Imagine this. You’ve experienced life with your partner for a long time and changing all this is something you reject. You think you feel safe rejecting this change because you fear that everything will get worse if you let go.

But, think. What are you afraid of? Sometimes our fears are completely unfounded. On many occasions, we are dragged and forced to leave our comfort zone. We don’t like this, but when we don’t have the option to refuse there’s no other alternative.

Don’t be afraid of change. Remember that it’s best to take another path if your relationship went wrong.

There are many times when we don’t want to let go of an ex because we don’t feel comfortable facing life without the person who has been at our side for so long. This is called selfishness. We have to learn to let go, because only then can we start moving on after a breakup. We also make a big mistake in our perception of romantic love: we believe that there is no life beyond our partner.

A breakup doesn’t mean that your life is over – it just means that a chapter has been closed. But since when has a book had only one chapter? Start turning the pages and continue writing the book of your life. You still have many experiences to live.