Are you looking for ways to control your uric acid production naturally? Try a few of these recommended foods to help you fight uric acid and feel better. 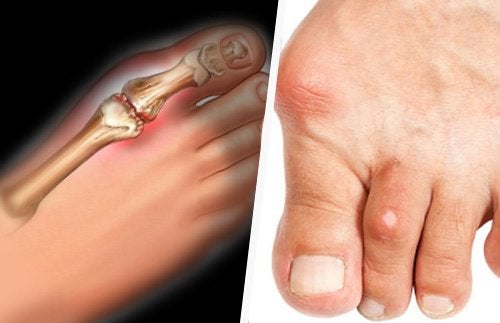 Do you have high uric acid levels? Do your joints ache and become inflamed? Would you like to fight uric acid naturally?

In addition to following your doctor’s advice and getting a routine checkup, we also recommend changing your diet as well.

Want to know which foods can help fight uric acid?

We all know that often it’s hard to eat healthy. Sometimes, we indulge in health and food habits that make it difficult to feel well.

But why does uric acid really form in our bodies?

You should keep in mind that your body synthesizes certain foods into uric acid, such as processed foods, anchovies, meats, liver meat and even sugary drinks such as sodas. These foods crystallize and form a type of crystal in your body that is released from your kidneys into your blood and make its way through your blood vessels, causing inflammation and the accompanying pain.

A typical characteristic of high levels of uric acid is inflammation in your big toe, hands, and knees. While we can all live through slight pain of inflammation, often, the pain will increase.

You should always follow your doctor’s orders and faithfully take the medicine recommended to fight uric acid. However, monitoring what you consume can also help alleviate symptoms.

In addition, incorporate a few of the following foods into your daily diet to fight uric acid:

5 Stretches to Relieve Back Pain

Its secret lies in the diuretic characteristics of the vegetable. They help your body eliminate toxins and prevent the retention of liquids. In addition, artichokes have lots of minerals, vitamins and antioxidants. Plus, they’re are rich in fiber, proteins and fatty acids.

Make sure you’re including onions in your daily diet. Onions were a favorite of our historical ancestors to help cure and manage several diseases.

Onions are great to fight uric acid levels in the blood and also lower your levels of hyperglycemia. In addition, they also work to lower triglycerides.

Here’s a good way to prepare them:

How do you feel about squash?

It’s not only tasty, but it’s healthy for you, too. Squash contains powerful diuretic properties that can hep you eliminate uric acid thanks to the production of urine. That means your body will rid itself of harmful toxins.

Try preparing them in the same manner as the above mentioned fruit. Don’t forget the seeds. Toasted, they make a great snack and serve the same uric acid fighting purposes.

Did you know that celery has some pretty powerful health benefits?

This tasty vegetable does wonders for any recipe and acts as a blood cleaner that allows you to reduce and fight uric acid naturally. It not only cleanses your blood, but can also act as a detox agent to help you lose weight.

Carrots are another great ally for those attempting to control their uric acid production. They can make any recipe tasty. Plus, carrots work in your body to eliminate the crystals that build up in your body and form uric acid.

How to Make an Anti-inflammatory Diet to Treat Uric Acid
The food model for an anti-inflammatory diet suggests that you avoid foods with purines to help control uric acid. We will tell you about it in detail. Read more »
Link copied!
Interesting Articles
Healthy diets
Unhealthy Ways to Lose Weight