What to do about Disobedient Children

Are you worried about your child's behavior? If your little one ignores what you tell them to do, it's time that you take action to solve the problem. Disobedience can be corrected through communication and appropriate strategies. Educate your child and form good relationship with him. 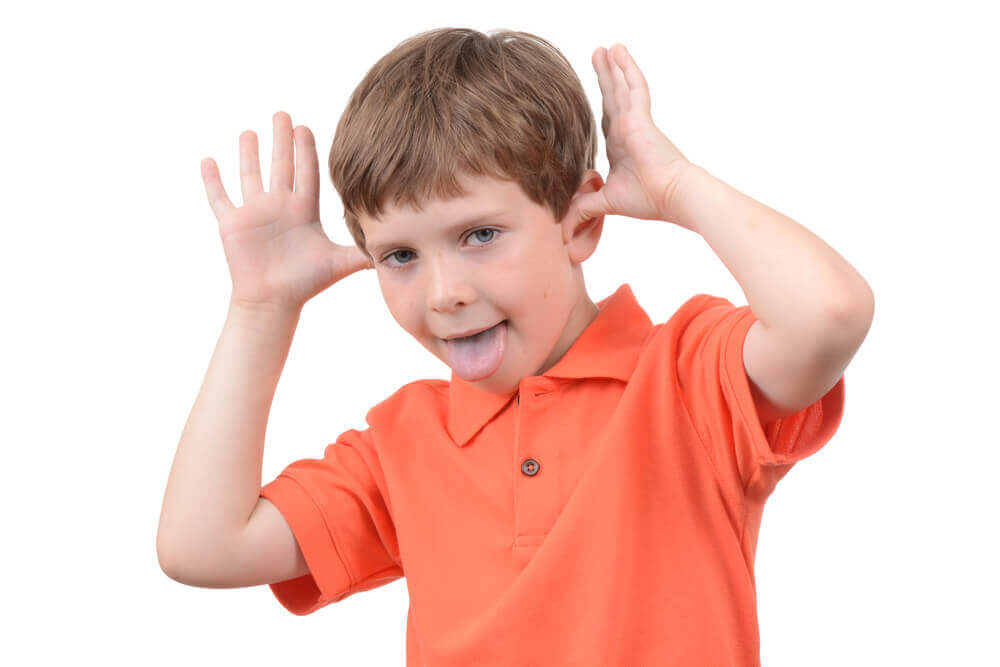 Disobedient children can be a headache for parents.

Childhood is one of the happiest and most challenging times for every parents. There are many stages, challenges and changes that they must face together. Meanwhile, they must try to maintain the respect, trust and communication between parent and child.

Now, in the case of disobedient children, the problems can be even greater. Their attitudes are more complicated to handle and it requires a lot of patience and willingness  in order to effectively correct their behavior.

Read more: 7 Toxic Behaviors that Parents are Unaware of

To identify what a disobedient child is like, you should watch their behavior.

For example, if they begin to ignore you, it is likely that they are going through that phase where they are beginning to measure how far they have to go to get what they want.

This causes them to make decisions in which they will always do the opposite of what you want. This often happens with the child is raised in a more authoritative environment. What tends to happen is s/he will get tired of always having to follow orders. Then, s/he will start to revolt against his parents or anyone else that tells him or her to do something.

This irritates the parents easily . Then, the child will start to create a relationship between disobedience and childish rebellion in order to get what they want and be heard.

Rebellious children don’t often have a common attitude that can be easily identified as such, making misbehavior hard to take care of in time.

However, here are a few things to look out for:

Failure to do what they are told is a clear symptom in disobedient children. In this case, the child tries to exercise his/her small amount of power by breaking the rules that s/he’s supposed to follow.

However, it is important to identify who the child disobeys. This is often an indicator of why s/he is being disobedient and this will help you treat the issue.

Also read: What to do about Disobedient Children

The child doesn’t do chores or homework

There’s a possibility that you are overly condescending or permissive as a parent.

Maybe you want your child to think of you as a friend to generate more trust between you. This usually causes the opposite effect and results in your child losing respect for you, and s/he will start to not do his/her work.

Your child should see you as an authority figure that she or he has to respect as long as you are looking out for his or her best interest.

The better the relationship you have, the more you should make sure they’re doing their work at school and at home.

She or he lies to you

Lying is a fairly common problem in children. However, you have to address it early since it can go from small lies to big ones and cause problems in the future.

It’s important that you talk to your child, since this is the age when they’re developing personality traits. They often keep these traits throughout their childhood and that may cause problems in the future.

What can we do to correct a disobedient child?

Identifying the most common behaviors of a disobedient child is extremely important when it comes to correcting them on time. However, we will share some advice that will help correct the disobedience of any child.

Children often have a lot of adrenaline and tension in their bodies because of the monotony of always following the rules. Their way of letting that out is by being disobedient.

So, signing them up for a sport or artistic activity that they’re interested in will not only help them release all of that accumulated stress, but it will also create habits and discipline.

Take away privileges when they disobey

Taking away privileges when they’re being disobedient will help you correct their inappropriate behavior.

Taking away the things that s/he likes or that entertain him or her can be effective when improving behavior.

However, never punish without an explanation. Talk to your child and make him or her understand that every action has consequences.

Communicate how his disobedience makes you feel

Scolding isn’t about punishing your child or keeping him or her from doing something s/he likes.

Scolding is telling your child how their attitude makes you feel. It’s about explaining how being disobedient will affect her or him at every stage of his life.

It’s also important to make a distinction between obedience and submission. Teach him that following the rules is important to maintain good personal, family and social relationships.

Letting the disobedient child know that his or her behavior affects you and worries you will create a greater family bond.

The child will understand that his or her attitudes affect a loved one, and s/he will start to correct them because of his instinct to protect.

Disobedient children are more common than you may think, so don’t be alarmed. It also isn’t that hard to solve this problem. Following some advice, learning more about your child every day, listening and talking to him or her can all help you solve his disobedience and any other issue that may arise.

As a parent in this situation, you have to remain calm and not make any impulsive actions. While we know that a child’s disobedience can be frustrating, it’s best to face this type of problem with proper communication and strategies that will work for both of you.

Signs of Attention Deficit Disorder in Children
Attention deficit disorder in children can be a major concern for parents. However, it's difficult to get an accurate diagnosis at a young age. Read more »
Link copied!
Interesting Articles
Did you know?
New Year's Traditions Around the World