"Rich Kid Syndrome": A Mindset that Results from Parenting

The "rich kid syndrome" doesn't allude so much to the wealth of the parents, but rather, being brought up on over-protection and scarce teaching, or none at all, on doing things by one's self. 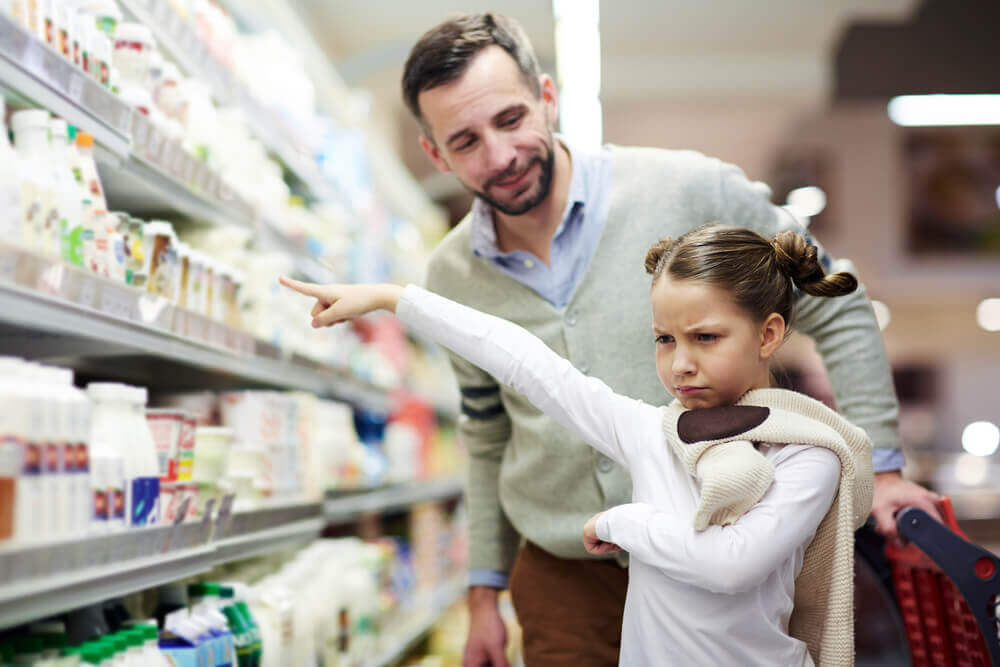 Rich kid syndrome is also known as “affluenza.” However, it doesn’t just refer to the kids of wealthy parents.

It has to do with giving children everything that they ask for without requiring them to do anything for it. It’s a situation that generally occurs in high-income families. However, it’s a pattern that also can take place in middle-class families where parents try (very often without knowing) to meet their children’s physical and emotional needs with material goods.

What are the origins of the term “rich kid syndrome”?

Although psychiatric associations don’t consider the rich kid syndrome to be an official clinical diagnosis, people started to use the term since the 90’s.

It first appeared in the book The Golden Ghetto: The Psychology of Affluence. After, the term “affluenza” started to be used when referring to this behavior.

In the book, the author talks about how sheltered children of wealthy families often have irresponsible behaviors and lack empathy. Both are a direct result of excessively sheltering children, overprotecting them and filling in the lack of time with gifts and money.

Also see: The Best Way to Raise Kids Is by Good Example

How can we know if we’re sowing the “rich kid syndrome” in our kids?

You don’t need to have a lot of money to suffer from this syndrome. In fact, cases of affluenza are more and more common in children and teens of middle-class families.

Parents who don’t dedicate the time to raise their kids, whether it’s a result of their responsibilities or trying to makes ends meet, end up giving them gifts in order to fill up the gap.

One of the first signs of the rich kid syndrome is when children frequently express their boredom. They do so despite having a room full of toys and any kind of new, must-have device.

If you want your children to calm down, or to prevent tantrums, you may result to giving them something material. Unfortunately, however, this encourages this syndrome. On a further note, if you give them a prize for everything that they do or for behaving well, it can have the same negative effect.

Another way that you might be encouraging rich kid syndrome is by buying them expensive gifts even if there’s no special occasion, or by sacrificing family needs in order to buy a something special for your children.

These kinds of attitudes actually are a hazard to children’s emotional and physical health.

How can this syndrome affect children?

Can we prevent it?

Understanding the efforts that the parents themselves make in order to maintain the best lifestyle for the family is of upmost importance.

Children should also know that you have to work to get things, and sometimes, you have to work very hard. At the same time, we should teach them that in order to enjoy those things, we have to learn how to save.

Children should understand that they have to be responsible, and that this doesn’t need to lead to a prize. We need to teach them to set the table, take out the trash, organize and clean their room. These activities will strengthen their values.

Parents also have to get children in touch with the real world. They should learn how to value what they have as well as how to respect others.

As parents, we shouldn’t over-protect them. On the contrary, we should offer them the tools that’ll help them confront their own problems.

Being strict with children is an act of love, too. By doing so, parents can help kids grow with the correct ethics and emotions. You’re also loving your child when you put limits on them. They need to put in effort to get what they want.

Frustration is also a part of learning, and learning how to deal with it is essential. By teaching them about it, you’ll encourage their emotional and psychological development that’ll help them be a happy adult.

The Eastern Philosophy to Save Money at Home
Eastern philosophy shows us an excellent method to save money at home. Everything depends on a suitable form of management. Read more »
Link copied!
Interesting Articles
Children
The Signs of a Spoiled Rotten Child