How to Help a Woman who Has Been Abused

Often, mistreatment of women begins gradually. But, how can you help a woman who has been abused before it's too late? 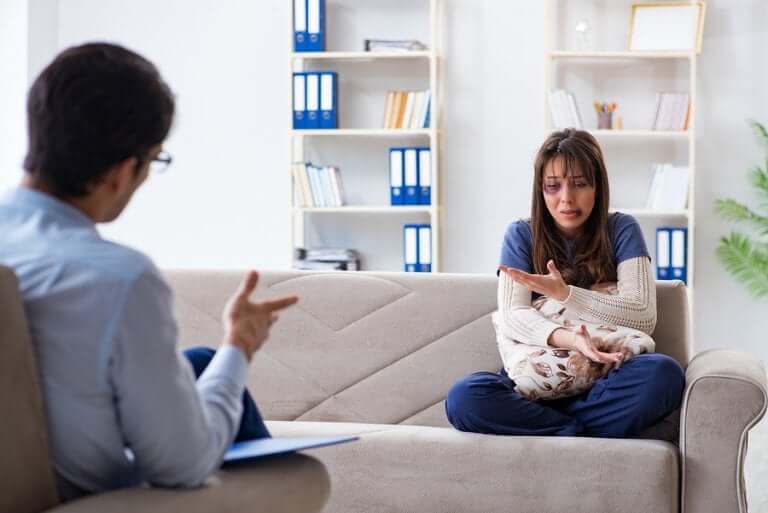 If you’re asking yourself how you can help a woman who has been abused, it’s likely that you’re close to someone this has happened to. The unfortunate reality is that abuse towards women, especially by their partners, is quite common.

Abuse can persist for a long time if one doesn’t seek help in time. A woman’s injuries from abuse can be recurring and there are different types of injuries they can suffer from. You shouldn’t underestimate this matter because it’s a very serious topic where lives are at risk.

Abuse of women is widespread in our social, cultural and economic realities. It’s becoming a public health problem because these attacks leave both psychological marks as well as physical ones. Women who have been abused face risk factors with their health as well.

How does abuse happen?

Often times, abuse of women begins gradually. For example, it may start with the woman being insulted, then being told they cannot be around certain friends—or even family members. Then, the disputes may lead to shoving, humiliation, and hitting.

The abuse may be so common that it becomes a “normal form of communication.” Following these episodes, the abuser may feign “regret,” and ask for forgiveness. They will then try to act very sweetly in order to remedy the situation they created.

Worst of all, it’s common for the woman, the victim, to justify her abuser’s behavior. This is known as “domestic Stockholm Syndrome,” or paradoxical adaptation syndrome to domestic violence.

What happens to an abused woman?

When a woman suffers from abuse, she experiences several symptoms— according to authors such as Matud, Gutiérrez and Padilla. Some of them are:

What are the types of abuse?

As stated in the text, “Psychological Intervention with Women Abused by their Partner,” by the authors mentioned above, abuse can include:

Keep reading: How to Identify Verbal Abuse and Act

How to help a woman who has been abused

There’s good news for women who have suffered abuse at some time in their lives, whether physically or psychologically. Psychology, as well as many other disciplines, has a series of effective techniques to help them recover.

One of the most recommended approaches is cognitive-behavioral. When an abused person comes for consultation, the health professional will teach her several strategies to help her learn to control her anxiety episodes.

With those strategies, the victim can work on progressive muscle relaxation or deep breathing. In addition, she will also learn about cognitive treatments that will help her identify certain thoughts that may not be the most appropriate, or in line with reality.

For that reason, it’s a very effective technique for cognitive restructuring, stopping thinking, and training social skills, among others. The plan can be carried out individually or in groups, according to the professional’s judgment.

The Manual of Psychological Care for Victims of Abuse also calls for therapeutic intervention that allows the victim to let it all out during the consultation. This includes active listening, empathy, the psychologist’s ability to convey hope, promoting decision making and, above all, evaluating any potential risks.

An analysis of the relationship

It’s also crucial to take proper security measures for the victim, especially if they are living with the abuser. The professional who is helping the victim will be able to indicate places she can go to for help, or actions she can take to safeguard herself in case she’s in danger.

As pointed out by Fina Sanz, professor of psychology and author of the book: Loving Bonds: Loving from Identity in Reunion Therapy, the ideals of romanticism revolve around psychological and social factors.

However, the problem arises when we associate the state of being in love with elements such as love at first sight, sacrifice for others, fusion with the other person, tests of love, magical expectations, the idea of a “better half,” or, worse still, forgetting about one’s own life.

This requires a more exhaustive analysis of what love actually is, setting more realistic expectations and understanding that every relationship varies.

Moreover, that love cannot be based around sacrifices and it can’t require partners to give up their personal goals. We all need a space for ourselves where we can build our self-esteem, and, above all, a woman who has been abused.

Nine Signs of Abuse in Children
Abuse in children doesn't only affect the sufferer, but the entire environment where the abuse is inflicted. An abused child may become an abuser. Read more »