How to Identify Verbal Abuse and Act

Nobody has the right to insult, disparage, or denigrate another human being. Effectively, interpersonal relations should be based on respect. For this reason, if verbal abuse happens, you should limit it or report the situation. 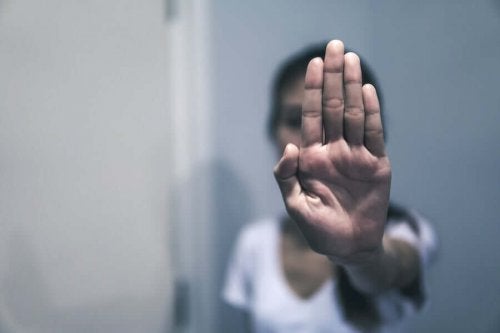 Verbal abuse is, as the name indicates, a type of abuse, or aggression. Because of this, it should not be allowed. In fact, when you identify verbal abuse, you should take measures and report it. In fact, as a type of emotional abuse, it should be eradicated since it attacks the dignity of the victim.

What is verbal abuse?

Verbal abuse is defined as an “excessive use of language to undermine the dignity and safety of someone through insults or humiliation, either suddenly or repeatedly.”

This definition shows us that it can appear in different forms. That is, it could be an insult, a rude comment, etc. Through this, the dignity and self-esteem of the abused person are affected by the abuser, who thinks they have the “authority”, or “privilege” to be able to attack another person this way.

Verbal abuse, as a kind of emotional abuse, can occur in any situation and affect anyone. Because of this, it can happen to children, adolescents, adults, or older people. Additionally, it can happen in different environments, like between couples, among friends, at work, etc.

We recommend you read: 6 Effects of Psychological Abuse that You Should Know

How to identify verbal abuse:

Verbal abuse doesn’t leave bruises or wounds, but it’s a type of mistreatment and aggression. However, it’s more difficult to detect.

At times, anyone can lose their cool and “cross the line”. However, if that happens you should reconsider and ask for forgiveness, recognizing the damage caused to the other person. Nevertheless, verbal abuse is a repeated and conscious practice to humiliate and denigrate the other person that the abuser considers to be inferior.

You should read: The Signs That Psychological Violence Leaves on the Body

What can you do about it?

The first step is to be able to identify verbal abuse when it happens. Indeed, the main thing is to identify the problem, because if you don’t do that, then you won’t be able to do anything to avoid it.

Secondly, you have to put limits on it. In fact, these limits should exist even before the relationship starts; in that way the abuser understands they don’t have the privilege or right to humiliate you.

On the other hand, if putting limits doesn’t stop the abuse, then you have to look for help, which will depend on the environment in which the abuse is happening. So, for example, if the verbal abuse is happening in a relationship, then a therapist or trusted person could intervene. If there’s mistreatment, you should always report it.

Nevertheless, if the verbal abuse happens among minors at school, the victim should let the school and their parents know, that way they can put into effect the protocols against bullying at school.

In any case, asking for help or reporting it are surely the most important steps. It isn’t easy, and many times the victim, due to their low self-esteem, falls into a relationship of dependence on their abuser.

Other times, fear of consequences keeps victims from reporting it or asking for help. In fact, the abuser could threaten them if they do something like that (for example, a boss threatening to fire you for reporting them).

Therefore, the most important step is to overcome your fear and report this type of abuse. Only then will it stop and the victim with be able to, finally, recover their dignity and self-esteem.

5 Forms Of Emotional Abuse We Don’t Always Recognize In Time
One of the worst aspects of emotional abuse is the fact that the affected person can take a while to perceive the signs of it Read more »
Link copied!
Interesting Articles
Conflicts
How to Help a Woman who Has Been Abused