The Signs That Psychological Violence Leaves on the Body

Despite not presenting physical signs that prove the abuse, psychological violence can have a significant affect on your life that we all should be aware of. 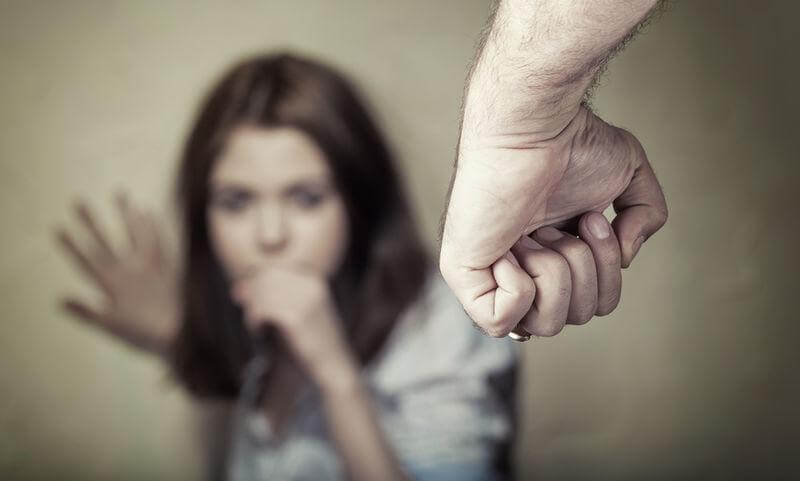 Violence is a type of social or personal interaction in which there is a clear intention to cause harm or damage to the other party. There are many types and degrees of violence. And they can be so subtle to the point of going unnoticed. Psychological violence, although it is not physical, can also leaves signals in the body.

In this article, learn the effects of psychological violence on our bodies. How it can affect our quality of life, as well as the ways to prevent this so sadly extended abuse. This social scourge causes the psychological pain suffered by these people to lead to serious long-term health problems.

What is psychological violence?

Psychological violence is a type of verbal (non-physical) abuse based on humiliation, disqualification, humiliation, insults, isolation or bullying. Since there is no physical evidence such as bumps, scratches, or bruises, sometimes it can be difficult to prove, since it is the word of one person against the other.

It is a type of abuse in which it is a matter of subjecting the person and damaging them through constant pressure. It takes place through shouting or humiliation that discriminates against the dignity of the victim.

Signs left on the body

Psychological abuse usually results in sleeping disorders. The high doses of pressure and verbal violence cause psychological states of anxiety, stress and insomnia. Receiving different types of humiliation can cause nervous and cardiac disorders.

Fear of the abuser generates an insomnia that weakens the victim even more. It also adds to the capacity of avoidance that is caused by the abuse of power.  In addition, with insufficient sleep hours, the body weakens and is more prone to get sick.

In general, victims of psychological violence suffer from eating disorders. By reducing self-esteem, the person feels that they do not deserve anything, that everything is their fault. This deformation of reality becomes:

An eating disorder is a disease in which there is a distortion of one’s body image. There are factors that can lead to these eating disorders, such as feelings of loneliness, frustration, contained anger or emotional distress.

Irregular blood pressure is another sign that psychological violence can leave on the body. The act of living in a state of continuous alert to protect life causes blood pressure to rise. The mind sends signals to the body that it is living a risk or in danger and, therefore, the body increases the blood pumping.

People who are in troubled spots or where their life is exposed as a constant threat, tend to develop hypertension. In short, it is a defense strategy of the body closely associated with people who suffer psychological violence.

For all this, it is not strange that the victim, even without presenting symptoms of physical violence, falls into a state of desolation. Even to the point of becoming suicidal or not caring what happens with their life.

In addition, the aggravating factor is that, usually, the aggressor is usually the partner or a close member of the family.

Keep these tips in mind to avoid being a victim of psychological violence:

If this is your case, reflect, arm yourself with courage, and ask for help.

6 Symptoms That You Are a Victim of Verbal Abuse
It is not always easy to identify verbal abuse, as it is not always accompanied by aggressive language and physical marks. For this reason, it is important to know the signs of verbal abuse. Read more »
Link copied!
Interesting Articles
Conflicts
How to Help a Woman who Has Been Abused