Emotional abuse is a type of mistreatment and aggression. Additionally, it can have very damaging consequences for the personality of the mistreated person: from depression to thoughts of suicide. Because of that, this type of mistreatment should be reported just like physical abuse. 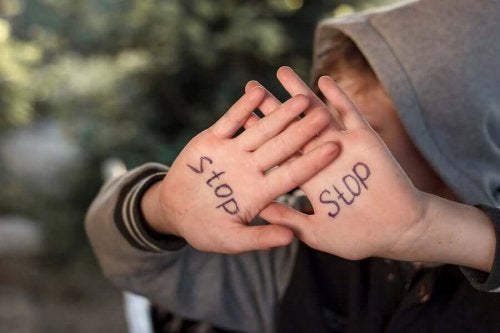 Maybe, at first sight, the effects of emotional abuse aren’t as evident as those of physical abuse. However, its aftermath exists and lasts as long, or even longer than that of physical violence. Nevertheless, it’s hard for many people to classify it as a form of abuse, mistreatment, or violence.

As the name implies, emotional abuse is a kind of abuse that one person enacts on another. It can come in many forms, normally characterized by:

So, just like physical abuse, emotional abuse is a type of violence and mistreatment. In this sense, it’s aggression toward another person, generally verbal, in which the abuser uses harmful expressions to try to humiliate or demean the victim.

Additionally, since it isn’t as easy to see, it usually lasts a long time, so that the victim ends up with very low self-esteem and a bad self-image that can even lead them to believe that the abuser is telling the truth.

Psychological abuse doesn’t have preferences. In reality, it can happen to kids, teens, adults, or older people. Likewise, there isn’t one specific environment it happens in, meaning it could happen in a family, between friends, in a relationship, at work, etc.

We should keep in mind that there can be witnesses to this type of abuse. So, for example, children can witness incidents at home, or co-workers could see a boss denigrating an employee in a humiliating way. This can also affect the emotional health of the witnesses.

We recommend you read: Emotional Bullying: How to Detect and Fight it

The consequences of prolonged emotional abuse are, in many cases, invisible. For this reason, it’s very difficult to detect them, even for the victim of the abuse.

In fact, the weakness of the victim is one of the things that attracts abusers, so they will hit them right where it hurts. The abuser will constantly repeat that the victim is worthless, humiliating and demeaning them. At the same time, the victim will start to believe it, strengthening the relationship of dependence.

People who suffer emotional abuse show high levels of stress and anxiety. This is due, mainly, to the fact that they aren’t able to see what’s really happening. In fact, they often aren’t aware that they’re being abused, and that the behavior of the abuser isn’t normal or acceptable.

As we mentioned before, the victim has low levels of self-esteem and self-worth, worsened by the attacks from the abuser. Because of this, they can often blame themselves for the abuse. That is, they can justify the abuse by saying that it’s their fault.

Along those lines, the abuser – especially in a relationship – starts to encourage that feeling of guilt in the victim, which is known as emotional blackmail.

We recommend you read: Don’t Let Others Make You Feel Guilty

Other effects of emotional abuse

There are cases of abuse in which the effects can be even more serious than those we mentioned previously. Among them are:

For all of these reasons, emotional abuse should be considered to be as damaging as physical abuse. It’s important to set limits and distance yourself from abusive people or relationships, reporting the situation as soon as possible.

In the case of children and adolescents, they depend on their parents or guardians to notice the signs of emotional abuse to be able to prevent worse consequences.

So, if physical abuse should be reported, then so should emotional abuse. After that, the victim should start a process of therapy and recovery that helps them to recover their self-esteem and self-confidence.

6 Forms of Verbal Abuse from Your Partner that Should not be Tolerated
Verbal abuse can hurt more than physical abuse. They damage self-esteem, make a person insecure, and lead to dependence upon the abuser. Read more »
Link copied!
Interesting Articles
Conflicts
How to Help a Woman who Has Been Abused