The human body has white, beige, and brown fat cells. What's their function? Which ones are healthy and which ones are not? Continue reading to find out! 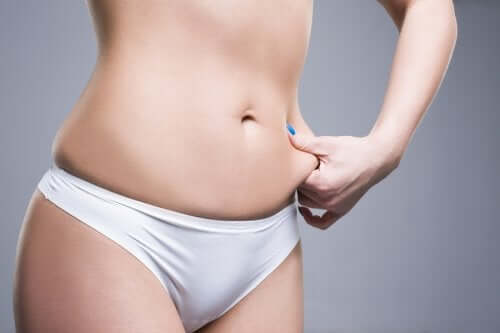 Did you know there are different types of body fat?

In fact, the body has white, beige, and brown adipocytes, or fat cells. Thus, this substance is either healthy or unhealthy depending on its color.

The white body fat is the one most people are familiar with, that is, the one that accumulates. It’s an energy reserve and its metabolic impact is responsible for all the pathogenesis associated with obesity.

Unfortunately, it’s the most abundant type of fat in the human body and obese people have it in large amounts.

Find out what are The Benefits of Lypo-Contrast Against Fat

This type of body fat is thermogenic; that is, it activates the metabolism to obtain energy in the form of heat. In fact, its dark color is due to its high density of mitochondria (energy unit of the cells).

The activation of brown adipocytes increases the oxidation of fatty acids (lipolysis).

Until a few years ago, people believed that this type of body fat was only present in newborns so they could maintain an optimal temperature after its appearance in the external environment.

However, today we know it’s also present in adults and there’s more of it in thinner people, although in a smaller proportion. At least according to a study published in the Current Opinion in Lipidology magazine.

People with obesity have a lower amount of brown adipocytes.

The location of this kind of fat in newborns is in the interscapular region and can represent up to 5% of total body weight. It’s dispersed among the white adipocytes in adults, mainly in the neck, supraclavicular region, periaortic tissue, paravertebral region, and perirenal zone.

The discovery of beige fat is quite recent. These are white adipocytes that behave like brown ones by the action of certain stimuli that activate the secretion of irisin. The white adipocytes recover their original behavior when the stimulus goes away.

Irisin is a hormone that turn white fat into brown.

Furthermore, this type of fat decreases with age according to an article published in the Frontiers in Endocrinology journal.

Now you know which types of body fat are the healthiest. Based on it, your new goal should be to increase the number of brown adipocytes and maximize the conversion of white fat to beige. So let’s get into the kind of stimuli you need to accomplish it.

Stimuli that favor the browning of white fat

Colder temperatures and physical exercise are the only two stimuli capable of activating brown fat and making white fat behave as such momentarily. Thus, these are key to the management of obesity and its complications.

Current research continues to look for ways to brown the white fat and to maximize its effect.

This is particularly important in cases of hyperplastic obesity due to an increase in the number of adipocytes. Currently, the different ways of dealing with overweight only allow a reduction in the size of the adipocytes and not their number.

Thus, people who became obese during childhood (hyperplastic obesity) will always maintain a greater obesogenic tendency than those who became obese later on (hypertrophic). So the key here is to make them behave differently as we cannot eliminate the adipocytes.

Read also Lose Abdominal fats with These Types of Food

So far, exposure to cold is the most powerful and effective stimulus to activate brown fat and make white adipocytes behave like brown ones. However, there are no known exposure strategies yet that are effective and not damaging.

The impact of physical exercise on body fat

This is further evidence of the benefits of physical activity; these go beyond caloric expenditure. We know it can stimulate brown tissue and make the target behave like it momentarily.

Furthermore, it can modify the obesogenic epigenetics.

There are different types of fat

Scientists revealed there are three different types of body fat. However, we don’t know exactly how to stimulate the increase of deposits of healthy fats yet.

Is It Possible To Get Rid of Fat Locally?
Caffeine intake is associated with better values when it comes to weight loss. Want to know more about how to get rid of fat locally? Keep reading! Read more »
Link copied!
Interesting Articles
Weight Loss
7 Strategies to Lose Weight Without a Restrictive Diet

If you're choosing to follow a diet to lose weight, then you should watch what you eat closely. It’s always…