Sometimes, Being Strong or Giving Up Are Your Only Options

Sometimes, life puts you in situations where you only have two options: either giving up or being strong. Never give up because the best is yet to come! 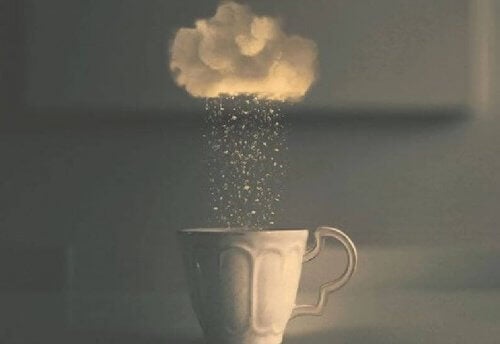 There are times in life when things don’t always go well. You feel like everything is against you and there’s nothing you can do about it. But you’ll discover something that you may not have realized before: that sometimes being strong is your only option.

Life often gives us difficulties so that we can learn to never give up. While you may feel helpless and wonder why this had to happen to you, you’ll see that you can make it through this and more.

The story of the two mice

To illustrate this concept of strength, here’s a short story by Jorge Bucay. The story is about two mice trying to get out of some trouble they find themselves in.

There were once two mice that fell into a bucket of cream. They felt themselves sinking immediately. It was impossible to float for very long in the thick cream. It was like being stuck in quicksand.

They swam around the edge of the bucket looking for a way out, but it was useless. All they could do was swim in place or let themselves sink. It was becoming harder and harder to stay above the surface.

One of them said, “I can’t do it anymore. There’s no way out of this stuff, we can’t keep swimming forever. Since I’m going to die anyway, I see no reason to prolong the suffering. There’s no point in dying of exhaustion for a futile effort”.

Having said that, the mouse stopped kicking its legs and was swallowed by the thick, white liquid.

The other mouse, more persistent or perhaps more stubborn, said: “That’s no way to go! If I’m going to die, I’m going to do it fighting to my last breath. I don’t want to die a second before my time comes”.

He kept treading in the cream for hours and hours. Then, from all his kicking and struggling, the cream began to turn into butter.

The surprised mouse was soon able to get enough footing to jump and reach the edge of the bucket and get out.

Why give in? We all have a survival instinct that urges us to keep going, but many people are like the first mouse and just give up. Perseverance and seeing things through is how to get out of any situation, however complicated.

Never give up: Being strong is your only option

It’s true that we sometimes give up on things because we don’t have enough motivation. But imagine one of the worst situations you could ever experience or has happened to you. At times like these, you only have two choices: giving up or being strong.

The truth is that sometimes you don’t have another choice but to be strong. This is what you do for loved ones, especially when you’re a parent. Parents know that their only option is to be strong because if they give up, they’ll be taking others down with them.

You’ll go through many difficult times throughout your life. Some people have no other choice but to get back up when they reach the bottom. Others struggle from the beginning and some abandon themselves completely at the first sign of adversity.

Never give up because the best is yet to come and you don’t want to miss out on it! You may be going through a difficult time now, suffering through circumstances that seem like they’ll never end.

But there’s a light at the end of the tunnel, despite how dark it may seem now. Sooner or later, with patience and perseverance, your guiding light will appear and things will start to get better.

Think about everything you’ve survived before. Remember that nothing is permanent. How can you not find strength in this, knowing that things will pass? Persevere and keep fighting and hoping. Everything will work out, nothing lasts forever.

What Can You Learn from the Disappointments in Life?
Since you can't completely avoid disappointments in life, you need to learn how to look at the positive side of every one. We will show you how. Read more »
Link copied!
Interesting Articles
Healthy mind
How to Organize Your Life