What to Avoid if You Have an Overactive Bladder

Avoiding excessive water intake is an obvious first step, but there are also certain foods that you should avoid if you have an overactive bladder. 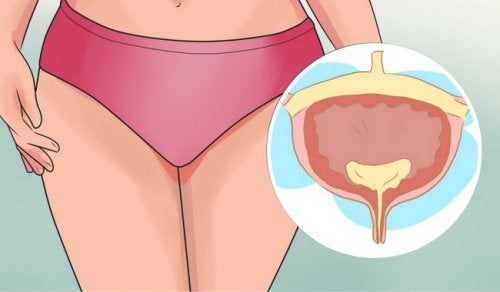 An overactive bladder can let out urine at any moment without the slightest notice.

It’s a problem that can be more than annoying. However, the good news that its one that we can solve if we treat it early and correctly.

In this article, we’ll look at the foods you should avoid if you’re hoping to deal with this problem.

What you need to know about an overactive bladder

Someone who suffers from two or more of the following symptoms may well be a sufferer:

Several different causes may be to blame for a loss of bladder control. However, although the following typically the principal culprits:

What’s more, around 20% of cases correspond to a neurological condition such as Parkinson’s Disease, brain tumors or spina bifida.

People who suffer from a hyperactive bladder may end up feeling unable to take part in certain activities. Similarly, they may have feelings of shame about their condition.

The sudden need to go to the bathroom and urine leakage “on the way” can cause social isolation and problems at work.

After all, it’s likely that the sufferer will end up dedicating a lot of mental energy to worrying about the problem.

Foods to avoid if you have an overactive bladder

Various treatments are available for this condition.

If you’re one of the many people who suffer from a hyperactive bladder, we suggest that you avoid the following foods:

Indian sauces, Mexican dishes, Asian foods, hot chili… They can be delicious, but they can also cause problems when it comes to the health of your urinary system.

Just think: if eating them makes your mouth burn, won’t they do just the same to the lining of the bladder?

The answer is yes!

Spicy foods and condiments will worsen the symptoms of the condition.

That’s why we recommend that you avoid them altogether or reduce the amount you use when preparing meals.

Sweets – like any food that contains a large amount of sugar – can be dangerous for your health. The same can be said for desserts that contain artificial sweeteners in place of sugar.

They all increase the need to urinate and irritate the bladder. In addition, they’re a source of a large number of calories.

For this reason, it’s a good idea to avoid candies, cookies, cakes, and other sweet treats. Instead, why not try eating more fresh and dry fruits?

Caffeine has several negative effects on the body that are worth highlighting. For example, it causes hyperactivity of the brain, heart, and bladder.

That’s why drinking too much coffee makes the bladder overwork. Then, this exacerbates the symptoms of a hyperactive bladder.

However, coffee isn’t the only common drink that can increase the amount of urine the bladder has to expel on a daily basis.

There’s no doubt that blueberries are great for the health of your blood and heart. Plus, they are highly recommended for people suffering from hypertension and diabetes.

However, one of the side effects that they can have is to exacerbate the symptoms of a hyperactive bladder. he acid contained in these little berries makes us need more frequent trips to the bathroom.

In addition, you should also avoid citric or acidic drinks like orange juice and grapefruit juice, etc, even though their high Vitamin C content makes them great at boosting the immune system.

For those who suffer from urinary incontinence, these fruits are not advisable.

This is because they contain elements that further irritate the bladder.

In addition, alcohol can have a ton of secondary effects, especially when you drink in excess. Plus, since it’s a powerful diuretic, one of these effects is that it irritates the bladder.

For example, every time you drink a beer, you’re obviously ingesting liquid.

However, at the same time, the alcohol contained in the beer speeds up the work of the kidneys, meaning the bladder has to work faster to expel the liquid.

Unlike beer, however, a glass of wine a day is recommended for people with a hyperactive bladder.

This is because doesn’t have the same kidney-stimulating effects as beer. Plus, it has a lot of potential benefits for the cardiovascular system.

Tomatoes are a very acidic fruit. That’s why they have a potentially harmful effect on the health of the bladder and the urinary tract.

What’s more, they contain a large quantity of water and have a strong diuretic effect.

If you’re eating a cooked tomato, it’s even worse, especially if the tomato is consumed in the form of a sauce.

This is because many people add sugar to tomato sauces to “mask” the slightly acidic taste. As we discussed above, sugary foods are not advisable for people with incontinence.

A great technique for making delicious sauces with a lower sugar content is to add raw grated carrot.

You could also try adding a small amount of cream, milk or even baking soda to the mixture.

All of these will help to counteract the natural acidity of the tomato.

Did you enjoy our article on how to deal with an overactive bladder?