The Harmful Effects of Physical Punishment for Children

Physical punishment affects children in very negative ways and can have a detrimental effect on their psychological and emotional growth. 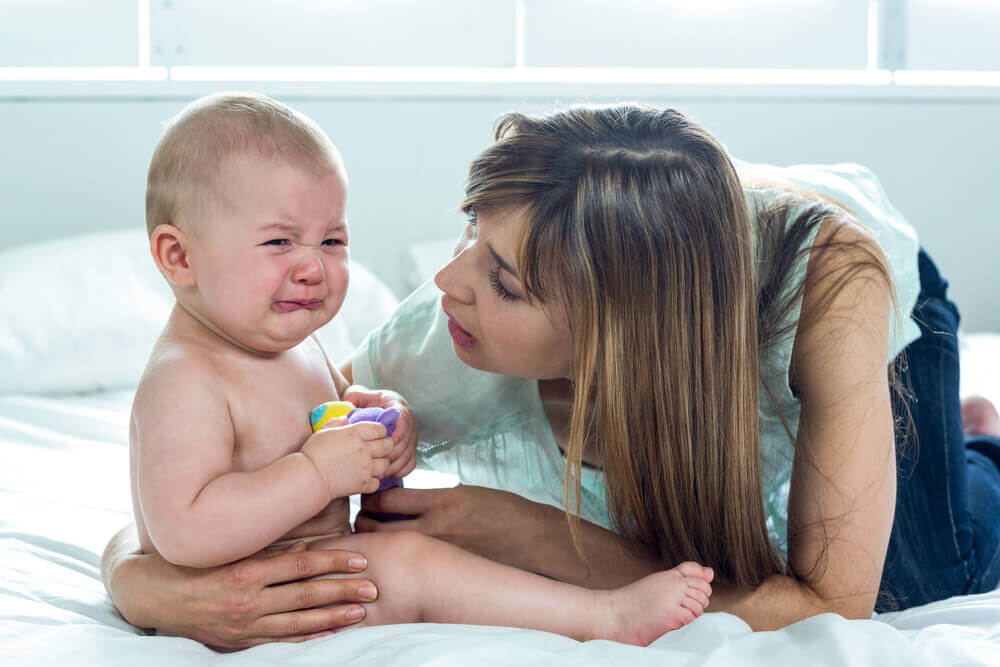 There are plenty of mothers and fathers, however, who consider it normal to spank or otherwise physically punish their children. They argue that it’s best they learn at an early age what to do and not to do.

Without a doubt, yes: physical punishment is abuse, even if it’s a single spanking and parents take cautions to prevent hurting the child. The United Nations Convention on the Rights of a Child has established that children and teenagers have the right to protection from any form of physical punishment.

It doesn’t matter where your children are: at home, in a day care center, or at school. Children should never be subjected to any kind of abuse. This even applies to criminal detention centers where adolescents who have broken the law are serving a sentence.

Although most countries in the world have signed the UN Convention, only 45 countires have created laws that prohibit physical punishment of children and teens.

This article may interest you: What to do when your Child Misbehaves

Why do Some Parents Believe in Physical Punishment?

Parents who were raised with physical punishment are usually the ones who argue in favor of it. They’ll say that this type of violence didn’t traumatize them or prevent them from succeeding as adults and achieving their goals in life. Some even say they appreciate that their parents brought them up in this manner.

However, you should ask them why they never dare to question the parenting style of their own parents. This could cause them to relive or recall fear and pain that haven’t yet healed. Just like many other customs and behaviors, this type of punishment today is now considered abominable.

Domestic violence is a common feature of dysfunctional families. Many parents might feel bad using physical punishment with their child, but they mistakenly believe that repeating the same pattern of violence that they learned as children is the right way forward.

What Does Physical Punishment do to a Child?

A crying baby can be exhausting. The days after childbirth are endless: sleepless nights, care during the day, and meeting all the needs of your baby can cause anyone to lose their patience.

But you need to reflect: Do you really think that spanking a baby will make it stop crying?

Injuring any part of this fragile body could hardly alleviate the physical needs your infant requires.

If you use any kind of physical aggression, it results in negative learning in the baby that is much worse than anything that happened to you when you were spanked as an older child.

Physical punishment to the baby teaches them:

What Damage can be Caused by Physical Punishment?

Excessive physical punishment can have incredibly serious consequences. A developing child is very delicate. Serious damage can occur at the physiological and neurological levels, in addition to the emotional trauma we listed above.

A spanking might not seem severe to an adult, but it’s not the same for a baby. Traumatic injury can occur to the nerves, for example. Inflammation can affect a baby’s mobility, either temporarily or permanently. An internal rupture of a blood vessel is an even worse consequence of this parenting behavior.

Smacking a baby’s hands could dislocate bones, muscles, or tendons. Shaking is also very dangerous because their neck muscles aren’t ready to fully support the head. This can affect the vertebrae and cause brain damage, blindness, and even death.

What if you Wait until They’re a Older?

Instead, those who are punished physically will comply with a rule out of fear, no more. They might become aware of the terms, however, and when the aggressive parent isn’t around they continue to engage in disobedient behavior.

The consequences can even be greater than this: If you use violence to correct a child’s behavior, the child learns that violence is the best strategy for:

The child will learn that violence is justified. If they’re in a position of power, they may use it against someone weaker or more helpless. When you see news of gender or intra-family violence, you should ask yourself if that’s something you would want for your children. Insecure, fearful, violent, or vengeful adults were often physically punished when they were young.

If you’d prefer that they grow up to be happy adults, it’s imperative that you eliminate violence from the rearing and education of your child.

What to do about Disobedient Children
Communication and appropriate strategies can help disobedient children. Educate your child and form good relationship with them. Read more »
Link copied!
Interesting Articles
Children
Dark Circles Under The Eyes in Children: A Reason For Worry?