Symptoms of Appendicitis in Children

Appendicitis is a common disease that affects children and adolescents, and is one of the main causes of an emergency room visit. The best thing to do is see a doctor when the first symptoms appear. 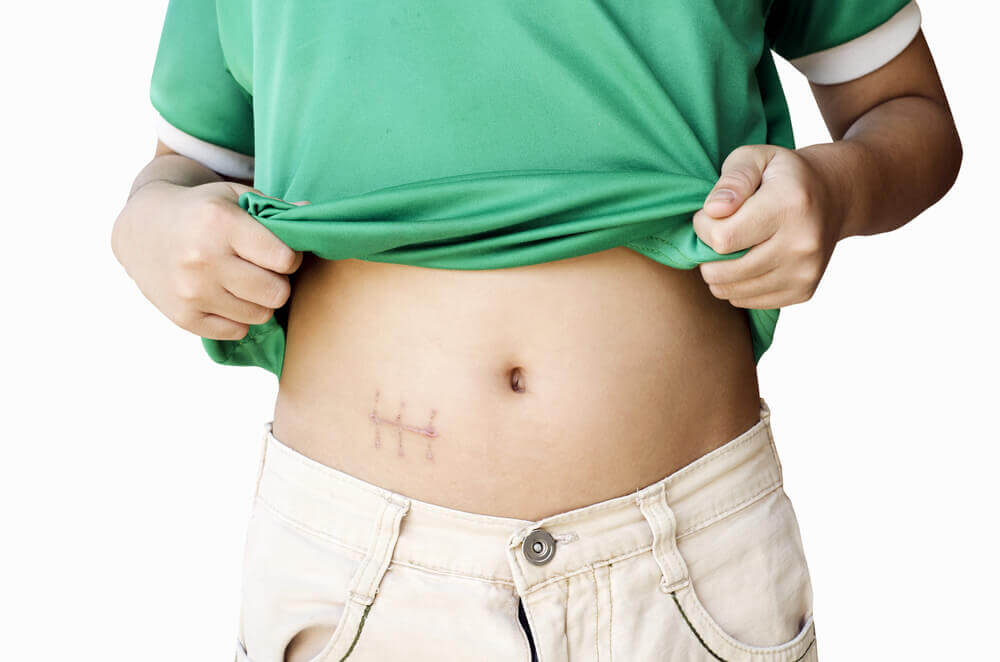 Appendicitis is a common disease in children.

It’s caused by the inflammation of the appendix, that small tubular structure that’s attached to the colon. It can occur in people of all ages, although it rarely affects children under the age of two.

The most common symptoms of appendicitis vary by age, but any doctor will be able to correctly diagnose it and make the decision whether or not to perform surgery.

Your appendix may become obstructed due to several reasons:

When your appendix is obstructed, it becomes inflamed and the first symptom appears: pain. When this occurs, bacteria begin to reproduce very rapidly. The appendix becomes infected and it can rupture if it’s not removed quickly, which seriously compromises the health – indeed, the life – of a child.

The Main symptoms of appendicitis in children

Just as the appendix can vary in size and location from one person to the next, there are variable symptoms of appendicitis in children. These symptoms are fairly common. Thus, they also might also come from other ailments, from simple indigestion to something more complex.

Not all of the following symptoms may occur. For that reason, see a doctor as soon as you notice a combination of them. They will have the experience to correctly diagnose the disease.

The appendix can rupture between 24 and 72 hours after the onset of symptoms, so appendicitis must be taken very seriously.

The most common symptoms

This is the most common symptom. The pain will be located around the navel and then migrate to the lower right part of the abdomen.

It worsens under light pressure, with deep breathing, or while moving. There may also be stiffness in the abdominal muscles or pain when urinating or having a bowel movement.

See also: 6 signs of appendicitis that you should not ignore

2-Vomiting and loss of appetite

Dizziness, nausea, vomiting, and a loss of appetite usually occur together when a child is experiencing appendicitis.

These symptoms are also common with other diseases. That’s why if there’s also pain present it could be related to appendicitis.

When there’s inflammation or an infection has already started, the body defends itself by creating more white blood cells.

Under lab testing, they can clearly see an increase in the number of leukocytes in the bloodstream.

During the first hours of the disease a fever may be present, especially in children, although this is not common. A high fever may also appear when the inflammation has advanced and the appendix has ruptured, at which point any waste inside the organ has passed into the abdominal cavity.

These symptoms are not common, but they do appear. Diarrhea will not be excessive or very liquid. It will occur in small quantities and with mucus.

A swollen or distended abdomen can occur in the rare case when the patient is a young child or a baby.

How do symptoms vary according to age?

In children between the ages of five and 12, and as adolescents, the symptoms of appendicitis are similar to those of adults: abdominal pain, vomiting, and loss of appetite.

Appendicitis in children less than a year old is very rare. The main symptom here is abdominal swelling. The next common is vomiting and a loss of appetite. However, it’s difficult to determine if there’s pain because the child cannot point to it.

Since the appendix in infants is so small, it’s difficult for obstruction and inflammation to occur.

Similarly, appendicitis is rare in children between one and five years old. When it does occur, the main symptoms are pain, fever, and vomiting. We should also emphasize that if the abdomen is pressed, the child may complain of intense pain.

For children between five and 12, the typical migration of the pain from the center of the abdomen to the lower right may not occur. Some of these patients develop a fever and very few experience diarrhea.

The solution: go to the doctor

Appendicitis can only be treated by removing the appendix surgically (appendectomy), a procedure with very few complications. There is no home treatment or natural remedy to treat or reduce inflammation of the appendix.

Doctors are usually able to accurately diagnose appendicitis in children unless there’s an abnormal pain pattern or when a young child cannot describe their symptoms very well.

An appendectomy is a common procedure and the patient will return home after two to three days in the hospital.

10 Causes of Pain on Your Right Side
Did you know that pain on your right side can be a sign of many health problems? In any case, the main thing is to avoid self-medication and go to the doctor for a check-up. Read more »
Link copied!
Interesting Articles
Children
How to Explain Death to Children?