When Your Relationship Isn't Going Anywhere

The thought of ending a relationship is of course sad, especially since the relationship once made you so happy. However, now it has made you feel lost and disoriented. 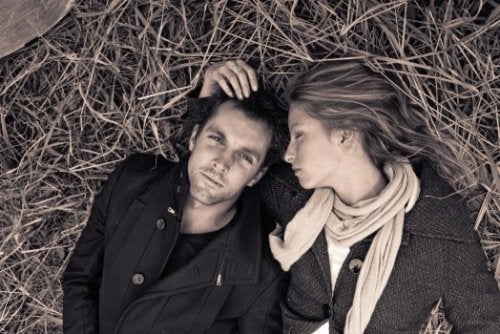 Why do people stay together even though their relationship isn’t going anywhere?

Romantic relationships sometimes stagnate for various reasons. Many times, the problem is that you’re afraid to make a decision.

Perhaps you know the relationship isn’t going anywhere but you prefer to deny it. However, continuing in a situation like this can be devastating.

If your relationship isn’t going anywhere, learn to detect the signals that tell you when it’s time to put an end to this never-ending chapter.

1. A constant feeling that something isn’t going right

This is a feeling that causes a great uneasiness. You notice that something isn’t right. However, you prefer not to look into it too much, just in case.

Many times, this happens because you realize your partner isn’t being as honest as they should be with you.

In other cases, constant conflicts will make you suspect something. You might feel that you’re missing something you’d rather not be aware of.

It isn’t a question of offending the other person. Instead, it’s a question of being sincere and trying to find a solution that brings well-being and harmony to the relationship.

Being with someone you don’t like isn’t the best situation.

2. You constantly feel like you need to show your worth

When a relationship isn’t going anywhere, sometimes one of the members starts to feel guilty. It’s in these moments when you need to open your eyes the most.

Sometimes, you want to show how much the relationship means to you. You want to show that you’re ready to keep everything going… But how is your partner acting?

If you’re the only one who is working at it, when you stop making an effort, everything will fail. Your relationship can’t keep moving forward.

When one of the two gives more and the other does nothing, this is where problems really start.

Maybe this sounds superficial. However, if your sex life isn’t as enjoyable as it was before, this shows that there is a problem.

Maybe you notice that you want to try new things to keep your love alive.

However, rekindling the passion takes two. The flame can’t stay lit if only one of the partners in the relationship wants it.

It’s possible that conflicts have made a dent in your sexual relationship. Whether you like it or not, if they haven’t been faithful, this will always be present in your mind.

Because of this, it’s always necessary to talk about things. Don’t let them stay in the dark and wait for them to disappear by themselves.

4. You’ve given up who you were

Do you feel like you’ve lost yourself? Have you given up who you were? You no longer recognize the person you used to be?

You may have become someone you don’t even recognize.

Maybe you think it’s this way because your partner doesn’t treat you the same as before. However, maybe you should think about if they treat you like you deserve.

If you feel like this, maybe it’s time to get some distance to find yourself again. There is only one person who will always be with you, and that’s you.

The thought of ending a relationship makes people sad, especially since the relationship once made you so happy. However, now it has made you feel lost and disoriented.

When things get complicated, when you don’t know who you are or when you argue every day, it’s time to change things.

Waiting for everything to get resolved by itself will just be a waste of your time.

When your relationship isn’t going anywhere, this is the perfect moment to consider going in a different direction.