The neural patterns exhibited in video game addicts indicate that there is an imbalance in the the part of the brain that controls the reward system. This is similar to other addictive disorders. 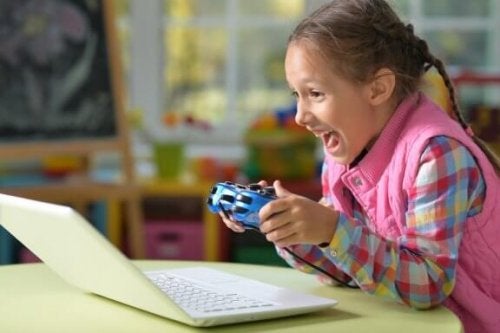 It’s more common than ever to hear parents who say, “My child cannot stop playing video games.” This is an increasingly desperate cry from parents who are having difficulties getting their children to get off their electronics and lead a healthier, more present life.

Arguments between children and parents about the appropriate amount of time that should be spent on the computer, tablet, phone or playing video games has become a daily routine for many. While some children have become accustomed to spending a limited amount of time on electronics, many more have become more dependent on electronic devices. Furthermore, the amount of children and teens addicted to video games has increased as well.

Like all addictions, psychological treatment is needed. However, that does not mean it will be easy. Many parents notice that their children are unable or do not want to stop playing video games. That’s when it’s important to take action before the situation gets out of control.

Are Video Games Safe for Children?

Roblox, a popular video game platform for children and teens, has had several disturbing incidents occur due to certain users hacking the system. Unfortunately, one of the instances was the rape of the avatar of a 7-year-old girl by two other users.

The girl’s mother, Amber Petersen, told Facebook that one morning that she saw her daughter playing on her tablet with a shocked expression. As she approached, she saw two other avatars raping her daughter’s female character. Despite feeling disgusted, she managed to screenshot the incidence to immediately file a complaint.

Roblox allows users to create their own avatars, virtual worlds, and games. In addition, it guarantees that it has strict filters that protect the many children who play this game worldwide. However, the creator of the game recognizes that, in this case, the perpetrators were able to go around the security system.

The platform, which has over 40 million games online, is a favorite for more than 60 million children and adolescents worldwide. Although the platform is recognized for its security, this story brings about an important lesson: Internet games can never be guaranteed 100% safe.

The Effects Video Games Have on Children

The American Academy of Pediatrics recommends that children should not play more than two hours of video games per day. Playing video games in moderation can be beneficial to children in several ways. However, this cannot get out of control.

Most importantly, the time dedicated to video games should not be taking up time used for physical activity, rest, or sleep.

However, the problem is when they cannot control their urge to play video games, and it becomes more of an addiction than a hobby or activity.

The neural patterns exhibited in video game addicts indicate that there is an imbalance in the the part of the brain that controls the reward system. This is similar to other addictive disorders.

In addition, in cases where there is constant exposure to the violent content of certain video games, desensitization happens. These processes affect regions of the brain linked to the control of emotions, attention, and concentration.

You may also be interested in: My Child is a Tablet Addict

The reality is that 21st-century children are surrounded by technology.

However, this does not mean that we have no control over their technology use. We can control at what age our children have access to certain electronic devices. We can also largely control what content they are exposed to and how many hours they spend in front of a screen.

If from a young age they use smartphones or tablets daily, then how can we be surprised if they develop an addiction?

As they grow up, the daily hours spent in front of a screen only increases. Oftentimes, we also don’t know which games they’re playing or which websites they’re visiting. This can be a cause for concern for many parents, and it only makes sense that these children would not want to limit their time in front of a screen.

Parents are responsible for preventing their children from developing an unhealthy addiction to video games and any sort of technology in general. After all, a video game addiction can affect your child’s life.

From the moment that they have their first device, it’s important to establish clear and firm rules. These rules should cover aspects such as how long technology should be used, what technology can be used, and what type of content is permitted.

However, it’s not only about setting rules and supervising your child, you also have to set a good example. For example, if each time your child needs to tell you something or wants to play with you and he or she finds you absorbed in your phone or tablet, this is not setting a good example.

Any rules you set will not have the desired effect if you aren’t setting a good example.

When your child does not want to stop playing video games, you may notice one or more of the following signs. If you think your child is suffering from an addiction to video games or that his or her video game habits could lead to addiction, it is time to take action before the situation becomes out of control and possibly affects the stability of your child.

Also read: Four Negative Effects of Cell Phone Use That You Did Not Know

What Should I Do if my Child Can’t Stop Playing Video Games?

When your child doesn’t want to stop playing video games, you need to take the appropriate measures.

However, keep in mind that arguments or restrictions are not necessarily more effective than a compromise or mutual agreement. Negotiation is the best way to establish clear limits and rules. Additionally, always remember to re-affirm these rules and limits with love.

Below are some methods to help your child limit their time playing video games:

If- after agreeing and establishing limitations – the situation does not improve, your child may have a video game addiction. The best option in this case is to see a specialist for help.

There can be serious side affects to video game addiction both in the long and short term. It can affect a person’s physical, emotional and mental health. As parents, we must help our children overcome this problem. The safety and health of our children largely depends on adequate parental supervision.

Nomophobia: Cellphone Addiction
Are you addicted to your cellphone? Although you may believe that you're more connected than ever, the truth is that this makes you more isolated. Read more »
Link copied!
Interesting Articles
Teens
Warning Signs in Adolescent Health