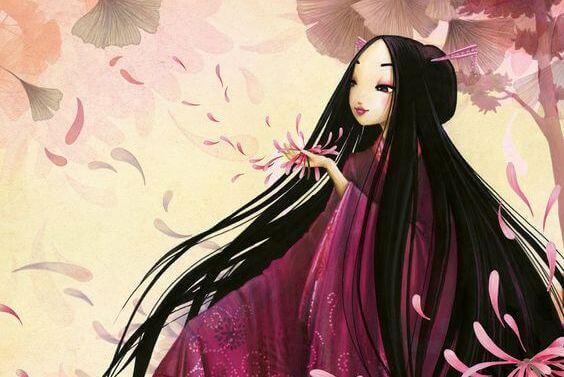 In the West, a lot of attention has been drawn to Asian women because of their slim figures. Even if genetics play a role, there’s no doubt that food has a lot to do with it.

Western-style food is presently influencing oriental food. Still, countries like Japan and Korea are sticking to many healthy culinary traditions that don’t cause weight gain.

In fact, Koreans have a longer life expectancy and lower obesity rates than people from other developed countries. What’s their secret? In this article, you’ll discover the main weight losing features of Korean diets.

Korean diets have become popular worldwide due to their slimming properties. However, it’s best not to confuse their basic principles with dangerous “miracle diets“, because they’re very different things.

Unfortunately, due to the worldwide boom of Korean food, many diet plans are too strict. However, although they do yield results, they still lack certain nutrients. Therefore, before following any diet plan, it’s important to seek advice from a dietician to see if a certain diet is appropriate for your age, health, and weight.

In general, some of the “secrets” from this cuisine should be included into any healthy and balanced diet.

The Korean diet is based on fresh vegetables and rice. The following foods are low in calories and are in every main dish:

Meat is a main ingredient in many Western countries, but it’s a secondary ingredient for Koreans. That’s why they have a low fat diet in comparison to other countries.

Fortunately, this fat-burning soup is easy to make. Soups are traditionally an elemental part of Korean cuisine. They’re light, easy to make, and filling due to their variety of ingredients.

It’s important to point out that many Korean recipes are spicy, which helps boost your metabolism to help you burn calories.

Herbal teas are another reason why you should look into Korean food as a weight loss option.

Kimchi is a traditional dish that is a main part of Korean cuisine. It’s considered one of the healthiest foods in the world due to the fact that it contains vitamins, minerals, and probiotics.

Read more here: Try These Dessert Recipes That are Low in Calories

Breads and other prepared foods with refined flours aren’t common in Korean diets. They’re not eaten as often as other healthier foods such as fruit and whole grains.

In addition to calories and food combinations, Korean diets also are known for their specialized cooking techniques that maintain a dish’s nutritional value. Foods are rarely fried. Instead, they’re usually roasted or boiled.

In addition to drinking herbal teas to complement their diet, Korean women also drink plenty of water throughout the day.

Are you ready to test the Korean diet secrets? Remember that you shouldn’t start a strict or low-calorie diet. Just include these simple ideas into a balanced diet plan.

An Ancient Chinese Remedy to Lower Cholesterol
There is an ancient Chinese remedy that some people believe eliminates or at least reduces cholesterol. Have you heard of it? Read more »
Link copied!
Interesting Articles
Healthy diets
The Key to Eating Well