How to Prepare Homemade Oregano Oil and its Benefits

Although its use is nearly always limited to cooking, oregano oil can provide certain health benefits thanks to its components' properties. We'll tell you how to prepare it. 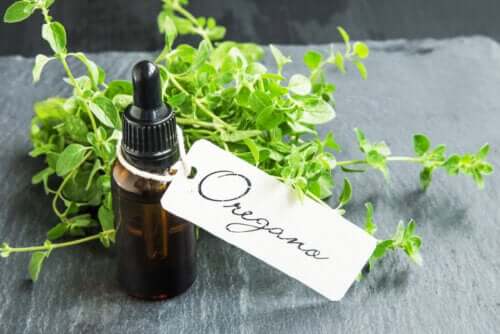 Believe it or not, homemade oregano oil has benefits that range from helping fight bacteria to reducing inflammation. Did you about these wonderful benefits?

In this article, you’ll find out lots of interesting facts about the properties of this plant and how to prepare it.

Oregano is very popular in the kitchen, as it brings a pleasant flavor to many of our recipes. People usually use it directly in their food. However, it can also be used as an oil, in order to make the most of its benefits in the treatment of certain health conditions.

The benefits of homemade oregano oil

We can usually find oregano in most kitchens. In fact, it’s one of the most popular ingredients when it comes to seasoning recipes. However, what many people don’t know is that, besides providing flavor, this spice, when mixed with oil, has characteristics and properties that can be very beneficial to our health.

Read on and discover them!

According to a study published in Oxidative Medicine and Cellular Longevity, the ethanolic extract of oregano has antioxidant activity. Because of this, some experts believe that this spice could have the potential to delay or prevent oxidation caused by free radicals, which are responsible for cellular aging.

Read also: Protect Your Respiratory System with this Oregano and Olive Oil Remedy

It may help fight bacteria

Oregano may also be a natural alternative to combat certain bacteria, according to an article in the International Journal of Odontostomatology. Thanks to the antibacterial activity of its carvacrol and thymol components, this plant may act against bacteria such as Staphylococcus aureus and Bacillus cereus.

It’s worth clarifying that it should only be used as a complement to pharmacological antibiotics, and not as a treatment for infections in its own right. There’s no evidence that its application alone is capable of eliminating bacteria.

It could help prevent viral infections

In addition to its antibacterial effects, according to research published in the Journal of Applied Microbiology, carvacrol contained in oregano may protect the body against some viral conditions such as norovirus. This is an infection that causes diarrhea, nausea, and stomach pain.

How to prepare it at home

Now that you know all about its main benefits, it’s time to get started! The process to prepare this home-made oregano oil is a very simple one. Besides, it’s a typically product you should always have on hand, so you’ll be able to use it in many different ways.

How to use oregano oil

Now that we’ve described how to make the oil, it’s time to explain how to apply or use it.

You can consume this oil or apply it directly to the area you want to treat. For example, for bacterial infections, you should dilute 3 drops of the preparation in a glass of water and consume it.

For muscular pains, rheumatism, and sprains, you can put some oil on your hands and massage the part of the body that’s giving you pain. If you wish, you can also include some essential oils that also provide similar benefits for these conditions.

In addition to this, many people claim that by inhaling it in a steam form, it may help to reduce flu symptoms. When you feel the typical discomfort of the flu or a common cold, use 3 to 6 drops of oil before meals, or use in a steam diffuser or a bowl of hot water. It’s safe to do this up to 3 times a day.

You may be interested in: The Differences Between Viruses and Bacteria

Some recommendations for oregano oil

Before you start taking oregano oil, you’ll need to ensure that it won’t be harmful to your health. Oregano oil is considered safe in most cases and the right dosage. However, there are certain risks for pregnant and lactating women or people with allergies to this condiment.

Also, excessive consumption could cause palpitations, nervous disorders, depression, and drowsiness. Remember that there are no miracle remedies, and it’s always best to consult a doctor if you suspect a serious problem.

Corn grits is a dish that's characterized by its high content of essential nutrients. It provides quality energy and is…

If you're trying to lose weight, you should know that it's not advisable to skip meals or spend long periods…