How to Interpret the Results of a Spermogram

The results of a spermogram are often difficult for untrained people to interpret. However, there are some parameters you can broadly use for guidance. 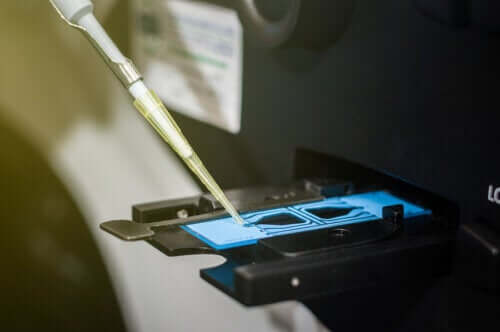 Interpreting the results of a spermogram is usually up to the doctor who requested a study for a patient. Still, some people would like to be able to interpret this information in general terms.

A semen analysis also referred to as a spermogram, and is a procedure in which a lab technician obtains a semen sample in order to analyze the man’s sperm quality and the composition of his seminal fluid.

The results of this test reveal many things about male fertility. A doctor’s request for this type of study is based on consultations regarding their suspicion of infertility due to the lack of concretion of a pregnancy. They analyze the feminine factors on the one hand and the masculine factors on the other.

It’s hard to interpret the results of an isolated spermogram without proper training. This is because the study is framed in a larger context involving hormones and genetics, on which there are specific complementary methods.

Macroscopy in the results of a spermogram

The macroscopic results of a spermogram are determined by the visual aspect of the semen. This involves the total amount of ejaculation, the color, and its viscosity.

On average, an ejaculation must exceed 1 1/2 milliliters for the purpose of fertilization. The sample must liquify naturally after 20 minutes, without the intervention of the biochemist.

As for color, transparency isn’t a good sign. This is because it would reveal the presence of white blood cells — a normal coloration ranges from gray to yellow.

Viscosity is another parameter that appears in the results of a spermogram. Scientists measure it as the resistance of the semen strands that are artificially formed in the sample. The problem situation usually refers to the prostate when there’s a lot of stickiness.

Check out: What Does a Vasectomy Involve?

Just as there are macroscopic factors in regards to a spermogram, there are also microscopic ones. However, the interpretation is more complicated in the latter because scientists must measure the parameters of biochemistry, including the following:

In addition to the method used, it ultimately stipulates how many sperm are alive and how many are dead. More than half of the sample must be vital to establish normality.

Find out more All About Pregnancy by Artificial Insemination

Abnormal results on a spermogram

Towards the end of the results of a spermogram, we find the conclusion of the laboratory in regard to the sample. Scientists use specific technical words here to describe the status of the semen they received and analyzed.

You can’t say this is the most important part of the spermogram, but it does constitute important information in order for the physician to make a decision. This means that it’s the closest thing to the diagnosis they’re looking for.

If a spermogram reports azoospermia, it’s because there was no sperm in the sample. In this case, the situation is serious and reveals the male isn’t producing these cells, making fertilization impossible.

Similarly, the report may speak of oligospermia. This happens when there’s a lower number of sperm than necessary for normality. Furthermore, even if there’s an adequate number, these cells could be immobile, which results in asthenozoospermia.

Necrospermia is another serious situation that requires further investigation. This is when the biochemist finds several dead sperm. Of course, they have no vitality or mobility.

This test isn’t conclusive by itself

Interpreting the results of a spermogram should be a professional task because other complementary methods must be combined to arrive at a diagnosis. It’s a very delicate subject, and proper handling is key to avoid confusion.

After having the result of a spermogram, professionals must interpret it based on the parameters considered normal. Thus, you must let a doctor give you the results. The professional will know how to act accordingly depending on the context of each individual case.

Hematospermia or Blood in the Semen
Although medical professionals don’t usually discover the cause of hematospermia, it often occurs after a prostate biopsy or infection. Read more »
Link copied!
Interesting Articles
Anatomy and physiology
A Fracture or a Sprain: What's The Difference?