What Is In Vitro Fertilization?

Half a million children are born each year thanks to in vitro fertilization. But,do you know how it's done and what the possible risks are? 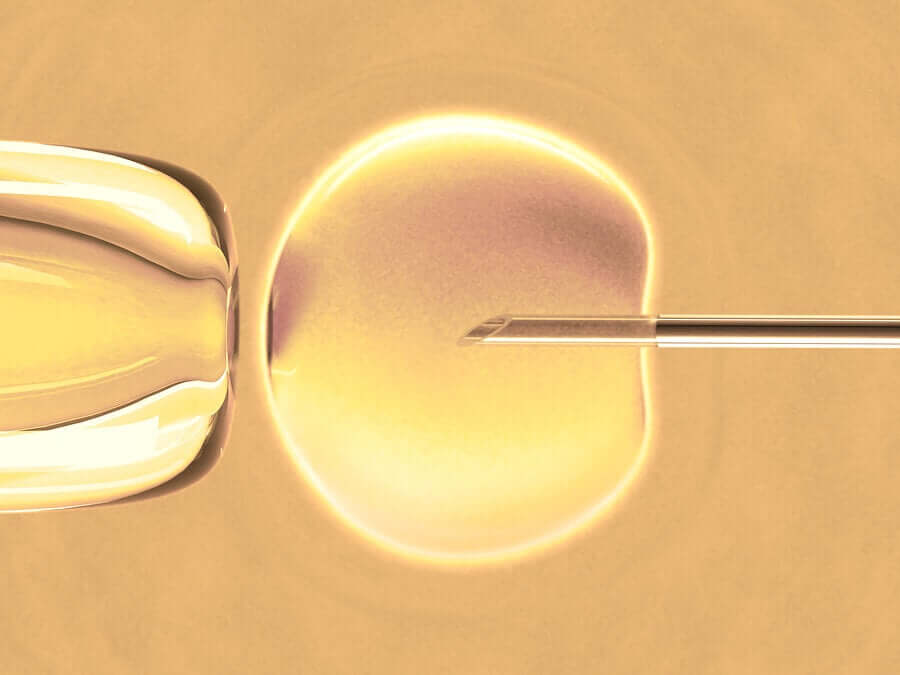 In vitro fertilization consists of fertilizing an egg with a sperm outside the uterus of the mother. This process, done in a laboratory, helps couples with fertility problems achieve pregnancy.

Louise Brown, daughter of Leslie and John Brown, was the first person born due to in vitro fertilization (IVF). This happened on July 25, 1978, in Oldham General Hospital in Manchester, England. Since then, more than 8 million babies have been born around the world due to this technique, according to data compiled by the European Society of Human Reproduction and Embryology presented in 2018.

The name in vitro fertilization comes from the first tests done in the 70’s, when scientists first fertilized an egg in a test tube in the lab. For this same reason, the first babies conceived thanks to IVF were called “test tube babies”.

When is in vitro fertilization used?

IVF is generally used when other, less invasive methods of fertilization, like hormone treatments or intrauterine artificial insemination don’t work. It can be done using the eggs and semen of the couple or using donors if either of the two has fertility problems.

The most common causes of infertility that can be remedied with in vitro fertilization are the following:

How is in vitro fertilization done?

Before starting in vitro fertilization, doctors have to complete various analyses to verify that both the woman and the man can fertilize through this process. These analyses include the detection of diseases, semen quality, the ovarian reserve of the woman, embryo transfer tests, and uterine cavity examinations.

Once they give the green light, the woman takes medication to stimulate the production of eggs and afterward to mature the oocytes.

After about two weeks to a month of preparation, doctors will do a vaginal ultrasound and blood analysis to prove that the body and eggs are ready for fertilization. At this time they administer an injection of the hCG hormone that induces maturation of the egg. Then, 36 hours later they can start the process.

To do this, fertilization specialists extract the eggs through a needle puncture in an operating room under sedation. Overall, the process lasts about 15 minutes.

In some cases, when they can’t do a vaginal sonogram, doctors do a laparoscopy. This consists of a small incision near the belly button. Then, they insert a fiber optic camera with the needle that extracts the eggs through this incision.

In IVF, a specialist mixes the mature eggs with the man’s sperm in a culture plate. They do this with maternal serum similar to the material in the Fallopian tubes. Also, another process is intracytoplasmic injection. This consists of the injection of sperm directly into each egg.

Later, the embryos resulting from the fertilization are analyzed daily and selected to be transferred to the uterus.

4. Transferring the embryos to the uterus

Between two and six days after fertilization, a specialist places the embryo in the woman’s uterus to start the pregnancy. They do this procedure by inserting a catheter through the vagina to the uterus. That way, they can inject one or more embryos. They monitor this process through an ultrasound.

If the fertilization is successful, the embryo will stick to the uterine wall. The success of fertilization can be determined after 11 days. After that moment, a normal process of pregnancy begins, with a periodic checkup on the gestation.

The good quality embryos that aren’t used are saved cryogenically. That way, they can use them later without having to repeat the process of ovarian stimulation in case the couple wants another pregnancy. The conservation protocols vary depending on each country’s laws.

Possible complications and risks of in vitro fertilization

The success of in vitro fertilization varies greatly depending on many conditions. However, in developed countries it is estimated that there’s an average birthrate of 41% to 43% for women under 40 for each process of IVF. In women over 40, the rate drops to 18%.

Overall, the American Pregnancy Association warns of the following risks:

Additionally, there are some side effects, such as light bleeding in the first days of pregnancy, dizziness, nausea, diarrhea, or constipation. If you experience these issues, you should see your gynecologist. However, they generally aren’t serious.

Preimplantation Genetic Diagnosis
Preimplantation genetic diagnosis studies the ova and embryos, but for what purpose? In this article, discover the answer to this question. Read more »
Link copied!
Interesting Articles
Did you know?
New Year's Traditions Around the World