Do You Know What Happens in Each Month of Pregnancy?

Giving birth is a unique process that involves a set of stages. During these stages, a woman's body naturally gives shape to the new, budding life. Below, we'll explain each of the stages. 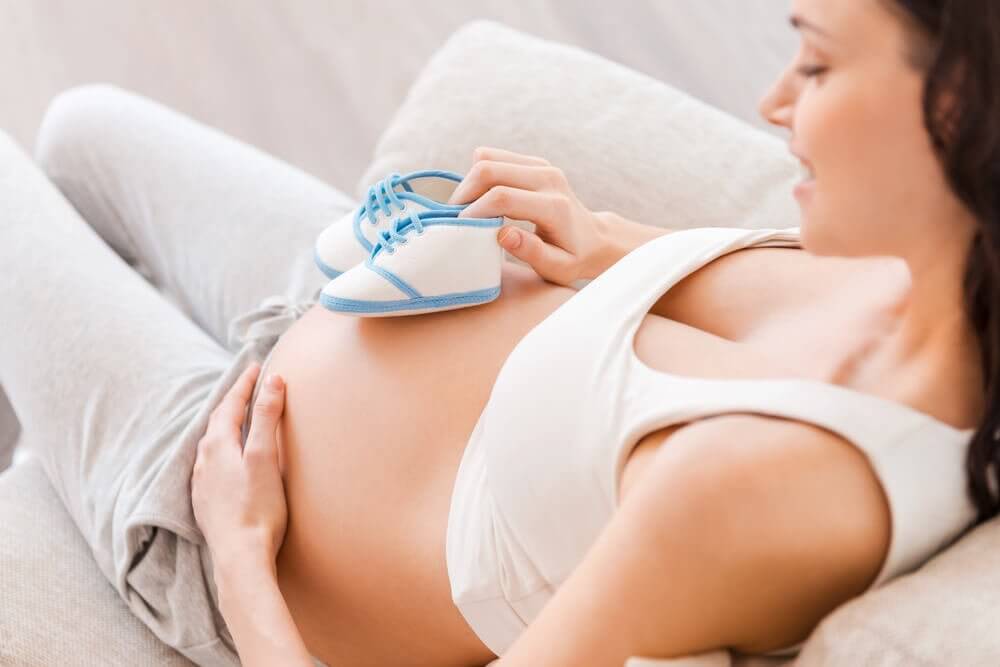 Pregnancy begins from the moment in which fertile ovule is implanted in the uterus and ends at the baby’s birth. While sexual intercourse is normally a means to pregnancy, it’s not the only way to get pregnant.
Below, we’ll explain what happens in each month of pregnancy.

There are 9 months of pregnancy that involve the gradual development of the embryo. It all begins with a tiny zygote that grows to become a baby.

The first week of pregnancy begins in the last week of menstruation. In the second week, a group of ovarian follicles develop. From that group, only one plays a role in pregnancy. The follicle releases the oocyte in the third week, which travels through the Fallopian tubes.

Cells continue to divide until they form three different types of cells, which will later become the base of the baby’s tissue. The cells that will form the backbone also form at this time.

In this stage, the embryo is so small that it still is invisible in an ultrasound scan.

However,, the mother might also begin to notice subtle symptoms in this stage. However, she will likely only become aware of her pregnancy upon missing her next period.

We recommend that you read:

Is It Possible to Get Pregnant Naturally at 45?

The second month is crucial as it involves the development of an extremely important organ for the future baby: the heart. The spinal cord, brain, intestine and skin also begin to form in the second month. If that wasn’t enough, the eyes, ears, nose and upper roof begin to develop as well.

In just a month of intense development, the embryo starts to appear more human.

The changes in the mother’s body are still unnoticeable. However, she might experience symptoms such as nausea, vomiting and tiredness.

In the third month, the embryo grows into a fetus. The future baby should already have all the organs, which will continue to develop throughout the pregnancy. While the genitals form, the baby’s sex is still uncertain at this point. The fetus can grow up to 7 cm long and weight about 15-20 grams.

The mother will start to gain weight in the third month. Mothers usually gain about 10% of their total body weight in their entire pregnancy. At the end of the third month, symptoms such as nausea and vomiting often subside as hormone levels stabilize, reducing the risks of a natural abortion.

At this point, Lanugo, a fine body hair, covers the fetus. The fetus’ vocal cords develop and the epidermal folds also form on the palms and fingers. In this stage, the fetus’ eyes are normally large but remain closed. The eyes are still quite far apart, but the face is now well defined. The neck is completely distinguishable at this point.

In terms of size, the fetus can measured up to anywhere between 8.5-18 cm. and can weigh 150-170 gr. The development continues with the fetus’ sweat and oil gland functions. The intestine starts to fill up with a thick substance, meconium, which is secreted by the liver.

Meanwhile, the size of the mother’s abdomen continues to increase, as does her body weight.

In the forth month, the baby moves often, so it’s normal to notice the baby’s movements.

The Linea Nigra: a reflection of pregnancy

In the fifth month, the baby’s heart begins to beat stronger. The baby also begins to develop the sound and light senses. At the end of this month, the baby’s second row of teeth will already be formed. In addition, millions of neurons form in the brain.

It’s in this month where the mother’s belly button begins to stick out. The symptoms of the initial stages of pregnancy disappear, and other ones may show up, such as a burning sensation in the stomach or nasal congestion.

The baby’s eyebrows form in this month as well as the hair, eyelashes and muscles. The baby can already recognize and respond to stimuli perfectly, such as music. The baby might continue to grow to be 27-32 cm and weigh anywhere from 450 gr to 750-1000 gr.

In the sixth month, you can feel the baby’s body form the other side of the abdominal wall. The baby’s skin will also become more opaque and stronger. In addition, the little one will be able to blink and carry out other action such as sticking out their tongue. The body’s proportions will begin to even out with the head.

The second trimester ends with the sixth month and the pregnancy is evident. At this point, the mother’s stomach is quite large and the fetus weighs a considerable amount, which will affect the mother. She might experience back pain and other symptoms when in certain positions.

In this stage, the baby’s lungs development and the skeleton grows stronger. Body mass starts to increase, which allows the baby’s body to control its temperature. Pigments become visible in the iris and skin. Lastly, the lanugo that once covered the fetus’ body disappears.

In this stage, the mother might fight certain movements difficult to carry out and feel constant pressure on her bladder due to the baby’s growing size. As a result, she may go to the bathroom more frequently.

Is It True that Breastfeeding Can Help You Lose Weight?

The lanugo continues to disappear and the baby grows in both weight and length. At the end of this month, the fetus will have gained around 50% of the total weight gained throughout the entire pregnancy. The lungs and smell neurons will also be almost completely development at this point.

In the eighth month, the baby may begin to hiccup because it swallows the amniotic fluid, which also causes sudden moments.

Mothers often experience acid reflux or constipation in this month. They’re common symptoms that result from the increase in the body’s progesterone levels.

In the ninth month, the baby moves downward toward the pelvis and the baby’s head begins to line up in preparation for the delivery. At this point, the baby’s stomach and intestines are fully functional. In addition, the skin is softer and continues to redden until reaching its final tone.

Movements are more noticeable and the mother might feel kicking because in the final stages of pregnancy, the baby is quite snug in the womb. The baby can now breathe while sucking or swallowing. In addition, the baby’s body can now produce its own blood.

This month marks the end of pregnancy and by now, it’s normal for the mother to feel exhausted. Days and nights seem longer than normal, but there’s an excitement while awaiting her baby.

Medial supervision is important in each month of pregnancy, but it’s especially essential in the last month.

The Risks of Pregnancy After Age 40
Pregnancy is always a blessing, especially pregnancy after age 40. However, there are a number of risks for both mother and baby. Read more »
Link copied!
Interesting Articles
Pregnancy
Risks of a High Sugar Diet During Pregnancy