Is Drinking Coffee Every Day Healthy?

Check out this article to find out what how many cups of coffee a day you should drink and if drinking coffee every day can benefit you! 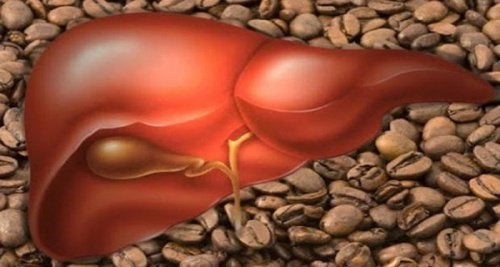 Many studies have stated that drinking coffee daily (in moderation, of course) is beneficial for your health. For years, people have avoided coffee because they believed that its caffeine content was harmful. However, year after year, new studies state that drinking coffee is good for you.

A few studies have indicated that coffee has many positive effects. It may help treat and reduce the risk of conditions such as diabetes, Alzheimer’s and Parkinson’s.

New studies are revealing more and more benefits and great reasons to drink coffee. A study conducted by the National Cancer Institute in Bethesda, Maryland and published in the journal Hepatology stated that drinking coffee may have positive effects on the liver.

Volunteers filled out a survey about their coffee drinking habits and researchers tested their blood, measuring different markers for liver function. The purpose of this study was to measure the health of participants’ livers.

They discovered that those who drank three or more cups of coffee a day had lower liver enzyme levels compared to non-coffee drinkers.

Researchers also found that other compounds in coffee, besides caffeine, may promote liver health when consumed in moderation.

Drinking coffee may reduce your risk of fatty liver and fibrosis

Another study, also published in Hepatology, showed that drinking coffee may significantly reduce the risk of accumulating connective tissue in the liver (fibrosis) in patients who suffer from non-alcoholic fatty liver disease.

The study determined that the caffeine in coffee can reduce the accumulation of connective tissue in those suffering from chronic liver diseases, like fibrosis.

To conduct their study, researchers interviewed 306 people about their caffeine consumption and divided them into groups: patients without signs of fibrosis, those with steatosis, and those with non-alcoholic steatohepatitis (NASH) stages 0-1 and 2-4.

Patients with steatosis who drank coffee showed a significant difference in comparison with stage 0-1 NASH patients.

Coffee consumption was higher among NASH stage 0-1 patients with 58% reporting regular coffee intake as compared to 36% of stage 2-4 patients.

According to experts, more testing and research is needed to determine the amount of coffee needed to impact clinical outcomes.

People used to believe that this beverage could be harmful to our health. However, the benefits of drinking coffee are becoming increasingly apparent:

How Much Coffee Should You Have Daily?
Thanks to coffee, we can manage sleepiness, be more efficient at work and wake up on the right food every morning. In Spain, the average person drinks an average of 4.5 kilograms of coffee a year. However, how much coffee can we really drink? Read more »
Link copied!
Interesting Articles
Nutrition
Why You Eat When You’re Not Hungry