3 Cinnamon Remedies For Patients with Pre-diabetes

Cinnamon remedies may be an option for those who have been diagnosed with pre-diabetes. Do you want to know how to introduce this ingredient into your diet? If so, read this article! 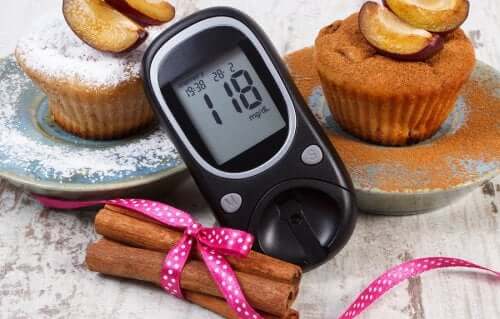 Cinnamon is a spice we can use for a variety of desserts, like pies, pastries, and rice pudding. However, it’s also very common as an infusion. Today, we’ll discover 3 cinnamon remedies that patients with pre-diabetes can take advantage of.

A little about pre-diabetes

When a doctor makes this diagnosis, it indicates that the patient’s blood sugar is higher than normal, causing a rather high risk of suffering from type 2 diabetes if the issue goes unresolved.

The way to prevent this diagnosis from evolving negatively is by taking a series of measures that allow you to lower your blood sugar. With this in mind, we have 3 cinnamon remedies that can help patients with pre-diabetes.

Cinnamon remedies for patients with pre-diabetes

Cinnamon, according to an article in Medicinal Plants in the Treatment of Type 2 Diabetes Mellitus: A Review, allows the body to synthesize glycogen more effectively.

Eating in the remedies you’ll find below will allow sugar to return to its normal levels, thus reducing the risk of suffering type 2 diabetes as much as possible.

1. Cinnamon as a sugar substitute

As we mentioned before, you can have cinnamon to accompany milk for a tasty drink. Many people add cocoa and cinnamon to it. However, the result is also delicious if you add cinnamon to it! Its taste may not convince you at first, since it doesn’t offer the sweetness that sugars and sweeteners do.

Cinnamon provides a different kind of sweetness. Therefore, we recommend starting by adding it to milk along with tea or cocoa at first. Then, later on, you can add just the cinnamon. By doing so, your tastebuds will gradually get used to the taste.

Different studies are still underway to provide more information on the benefits of cinnamon for patients with diabetes. However, a very simple way to introduce it to your diet is through cinnamon tea. All you’ll need is two cinnamon sticks and a cup of water.

There are certain foods that you can add cinnamon to as well. For example, oatmeal is delicious with a touch of cinnamon. You can also add it to rice putting or peanut butter.

There are also some meal recipes, like the Persian Pomegranate Chicken, that can contain cinnamon. Without a doubt, the possibilities are endless when it comes to ways to enjoy this delicious spice. So, if you have pre-diabetes, including it in your diet is an option that can have very positive effects.

You may also enjoy: Cinnamon, the quintessential home remedy for diabetes

Despite all these recommendations of cinnamon for patients with pre-diabetes, we’re not suggesting in any way that you ignore your doctor’s instructions. In other words, you should never stop taking prescription medications or change your dose without a doctor’s approval.

Cinnamon is a healthy supplement that can be helpful, but that’s all it is: an aid. That’s why it can never replace the recommendations that come from your doctor.

Do you consume cinnamon in your daily life? Do you like its taste?

People who use cinnamon regularly can share how they consume it to help others get into the habit of working it into their diet.

Also, if you have been diagnosed with pre-diabetes, or are at high risk for type 2 diabetes, ask your doctor what he or she thinks about you eating cinnamon more often.

All of this will keep you safe and healthy and will help you improve your diet, something that’s indispensable when it comes to getting your blood sugar levels where they need to be.