How to Regulate Blood Sugar with Ceylon Cinnamon

To make this remedy that controls diabetes, make sure you use Ceylon cinnamon. Other kinds don't provide the same benefits, as they have different properties. 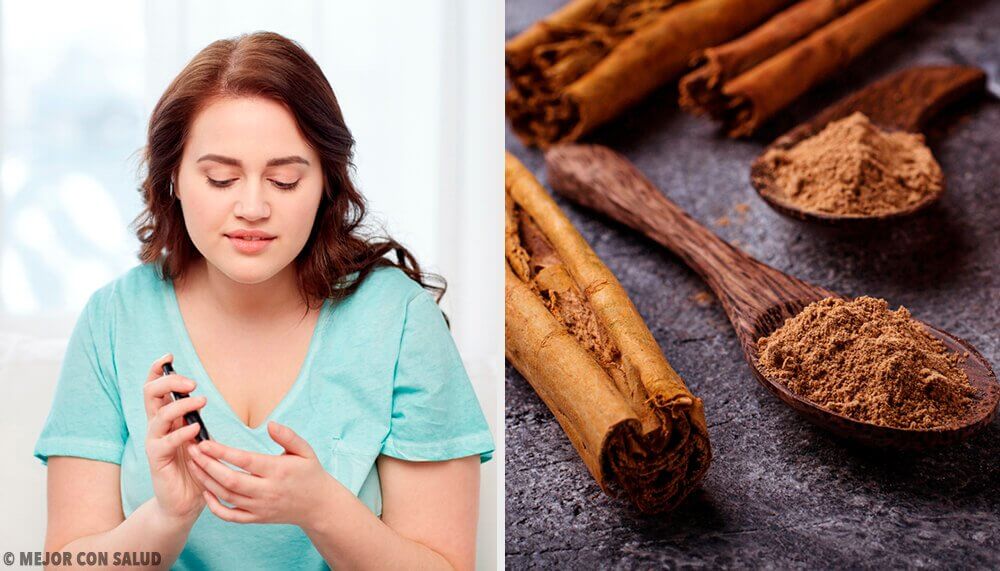 Nowadays, our blood sugar levels rise easily due to a poor diet, and over-consumption of candy and refined carbohydrates.

However, there are medicinal foods that help us balance our blood sugar like Ceylon cinnamon. Below you can discover how this subtle spice regulates blood sugar levels naturally.

Ceylon is now known as “Spice Island” in Sri Lanka. In fact, it’s home to a variety of cinnamon that has unique health properties.

Therefore, it gradually grew in popularity until it became a kitchen product.

Learn About the Benefits of Cinnamon, an Aphrodisiac and Much More

Therefore, scientific studies have confirmed that Ceylon cinnamon can be beneficial to those with type 2 diabetes.

Not all cinnamon is the same

It’s important to use Ceylon cinnamon (Cinnamomum zeylanicum or Cinnamomum verum) for this treatment. However, it may not have the strongest flavor but it has more medicinal properties.

Another variety called Chinese cinnamon (Cinnamomum cassia) can cause side effects and it isn’t recommended for individuals with diabetes.

How to include it into your diet

Use capsules or tablets to treat a significant imbalance in blood sugar levels. Thus, you’ll take a measured dosage every day, under the supervision of a medical professional.

Make seasoning your food with cinnamon become a habit, if you’d like to balance sugar levels naturally and prevent peaks that get you to eat candy.

Below are some practical ideas to include cinnamon in your diet:

Cinnamon rolls and cookies are common in some European countries and are a good, guilt-free option when falling into temptation.

Check out this article:

The beverage below can help decrease your blood sugar levels:

Drink it several times throughout the day between meals. Therefore, it will help keep your blood sugar levels balanced. You can also drink it after eating too many sweets.

How to Help Control Diabetes with Cinnamon
Cinnamon is a very versatile spice, but did you know you can control diabetes with cinnamon? In today's article we explain how. Read more »
Link copied!
Interesting Articles
Medicinal plants
Oregano Essential Oil for Cold Relief