The Cassandra Complex and the Marginalization of Women

The Cassandra complex is a tendency to show courage, to stop being undervalued. It can be seen in women all around the world today. 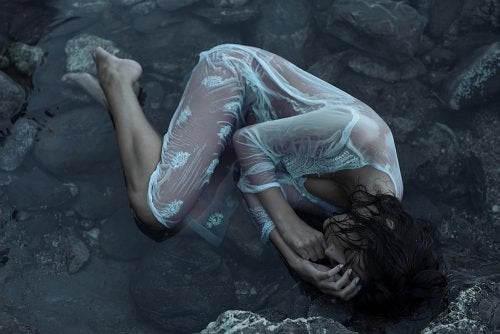 The Cassandra complex is one of the most famous myths known in Homer’s Iliad.

It tells the story of Apollo, the god of prophecy, and how the beauty of Cassandra fascinated him. She was the daughter of the king of Troy. Apollo offered her something in exchange for her love.

What he promised her was the gift of prophecy. However, Cassandra didn’t like Apollo. So, she accepted the gift but refused to be with Apollo in return. This devastated him. But above all, it made him angry.

Apollo came back cursing Cassandra with predictions that no one would believe were true, even though they were.

So, the gift became a curse. Cassandra suffered from seeing how others undervalued what was true.

The feeling of being undervalued makes you feel inferior

The Cassandra complex makes women feel inferior in several areas of their life. In fact, they base their identity on some prejudices that already exist about them.

Some of them admit they’re too weak. They say they cry over everything, they’re always the victims…

But, there are also those who shield themselves on phrases like “that ship has sailed” or “I haven’t found a man to be by my side.”

All of this causes them to construct an identity that has dependency as a foundation. Their identity is also based on the search or approval, of others, a lack of self-esteem, and a tendency to feel responsible for everything.

In large part, this is what happened to Cassandra in the myth.

In the Cassandra complex, there’s always a tendency to show courage. This is because people think that they will gain respect and the love of others this way.

However, none of this happens, they only reject you.

Due to this feeling of being undervalued, women who suffer from this complex start to go through important psychological changes.

One of them has to do with perfectionism. This is a search to control everything in an excessive way.

However, the most relevant thing is their intuition gets turned off. If others undervalue them, they do the same. But, they do this to themselves with their feelings and emotions.

This way, they stop listening when their instinct tells them, “this relationship isn’t good for you,” or “you’re suffering in vain.”

Doing all of this makes them begin to wear out. They don’t notice this in the beginning. But, their body will start to show signs that something isn’t going well for them. They start to have pain, fatigue, and problems sleeping…

The marginalization of femininity, the prevalence of masculinity

The Cassandra Complex is a marginalization of femininity, which means that people don’t take women seriously and as a result, they’re subservient to men.

When Apollo felt rejected, he demonstrated his masculinity by exercising power over Cassandra. She didn’t have a chance. She suffered the consequences of masculine domination.

This is something that keeps happening after suffering the wrath of Apollo. She searched approval and confidence that would always be denied to her.

Many women suffer from this complex. This is because they are born with it ingrained inside them. This feeling of being undervalued is something that’s they carry with them since birth.

Even though there is much to be done against feminine marginalization, it isn’t taken into account because women are still considered as weak, emotional and too sensitive.

Those who suffer from the Cassandra complex also feed it. To get rid of these given labels, it’s necessary to walk a very hard and difficult path that’s full of steep slopes.

How do Different Colors Affect Your Feelings?
Did you know that different colors affect your feelings in different ways? See how each color can affect your mood, but be sure to use your favorites, too! Read more »
Link copied!
Interesting Articles
Healthy mind
Jacobson's Progressive Muscle Relaxation