Cabin Fever: Why Does It Happen?

For some people, it will be hard to go back to normal, go to work and go out after confinement. Here, we'll tell you all about cabin fever. 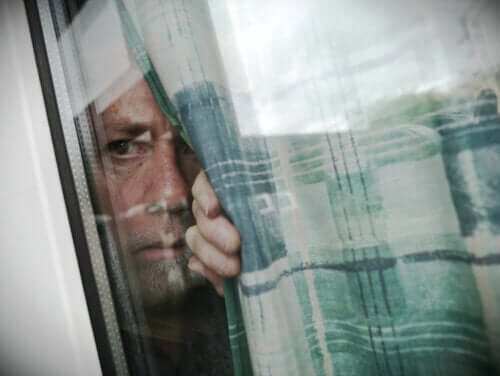 Cabin fever is one of the direct consequences of confinement in a large part of the world due to the coronavirus. Although many governments are allowing people to go back to the streets or to work, some people still feel very anxious.

This concern about going out again is what’s known as cabin fever. In other words, the fear of changing surroundings, even if the latter wasn’t the best.

Added to this, the virus is still spreading. Therefore, many adults are afraid of catching it and developing symptoms. Although many people don’t like to stay in their homes, they would rather be home than exposed to lots of people.

According to experts, these people can suffer from nervous breakdowns, brief depressive episodes, and negative and irrational thoughts that torment them.

In fact, this syndrome happens to people who have been in prison for a long time, in hospitals or even kidnapped. In all cases, they experience fear and anxiety when changing places.

Finally, we should mention that we aren’t talking about a psychological disorder. The simple fact of spending so much time inside makes the nervous system used to the safety of home or place where someone is locked up.

Why does cabin fever happen?

The first cases of cabin fever were recorded at the beginning of the 20th century. In fact, in the United States, researchers found that people who spent months in isolation in cabins in unpopulated areas or lighthouses tended to have these characteristic symptoms and traits.

Due to this fact, this set of signs and symptoms received this particular name. The reason why this happens is that the brain gets used to a specific environment, which is the only one the individual is able to interact with.

Therefore, that environment becomes the fundamental and integral part for that person, separate from the outside world. We all know that the unknown can be scary or disturbing.

Although there might be small variations from one person to another, the most common ones are lethargy and anxiety. In addition, other symptoms are:

What to do in this situation

Scientists of human behavior, that is, psychologists, know what to do to solve this situation: gradually expose yourself to your fear. In fact, this is the best option to solve this problem over time.

Functionally, this syndrome is very similar to other common conditions that psychologists and psychiatrists study. Also, there is a high percentage of success with treatment.

However, for those of you who feel strongly about getting through it on your own, we’ll share some helpful tips below.

Check this out: Coronavirus Fear: How to Manage Your Emotions

Ultimately, as the situation gets more and more normal, and everyone has regular contact again, this condition will surely go away. So, those who are suffering from it don’t need to obsess, this isn’t permanent. However, if the anxiety is quite severe, then it might be helpful to reach out to an online psychologist.

5 Ways to Cope With Social Anxiety
Social anxiety is one of the most common situations that occurs in modern times. So, how can poeple prevent, treat, and cope with social anxiety? Read more »
Link copied!
Interesting Articles
Healthy mind
Wu Wei, The Art of Solving Problems Effortlessly