How to Get Rid of Your Fear of Flying

We can try to get over our fear of flying by learning about how planes work, so that we'll understand that most of the sounds and plane movements are normal 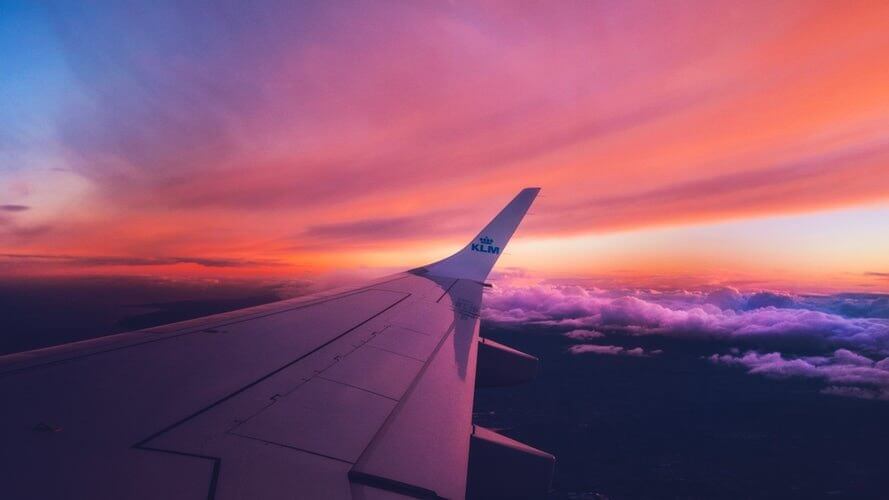 Aerophobia is the fear of flying. It can take a number of different forms, but in the majority of cases, it means not being able to travel.

In this article, we’ll tell you more about the fear of flying and how you can treat it.

Fear of flying: symptoms and causes

Fear of traveling by plane is more common than you might think. One in three passengers has a fear of flying.

For this reason many airlines have developed courses (many of them free) so that people can confront this fear and get over their phobias. After all, you may have a phobia of flying (flying in a plane) or a combination of other phobias, such as claustrophobia (fear of closed spaces) or acrophobia (fear of heights).

Fear of flying gets more attention than any other fear because of its implications.

Many people who have a fear of flying don’t go on vacations that include long-distance travel (such as those that can’t be reached by highway or sea), they don’t visit relatives that live in another country or continent and they don’t go on business trips which means they don’t advance in their professional career.

Although air transport is the safest way to travel, the problem that those with a severe fear of flying have is that they aren’t sure what might happen during take-off, the flight and landing.

Also, not being able to have their “feet on the ground” increases anxiety.

Different types of fears concern those who have a fear of flying, such as:

A past trauma can also cause fear of flying.

For example, you may develop this phobia if someone you know or a family member has died in an accident, or if the first time you traveled by plane there was a lot of turbulence or a forced landing took place, or if you’ve seen movies about plane disasters.

The media can also trigger fear of flying. News outlets often show plane crashes and they report on the number of victims in a shocking way and not as if it were an isolated incident.

It’s important to understand that more people die as a result of car accidents than plane crashes.

How to get rid of your fear of flying

People who can’t travel to remote places because of a fear of flying should seek therapies that will help them overcome their fears.

Some methods that can be of great help are:

You don’t have to become a pilot or flight attendant to understand how planes function.

It may also be useful to find out how the wings and every other part of the plane functions.

Planes are continuously checked and maintained. Before the pilot takes off, everything must be in perfect condition.

Also, for every hour that the plane is in the air, it must go through 11 hours of maintenance to ensure that everything is functioning correctly.

It’s true that when there’s a plane crash the majority of the passengers die. However, there’s less of a chance of you being in plane crash than being in a car accident.

Look for statistics to calm your nerves. Even though we can see different cases of plane crashes on the news, the media definitely portrays them as being highly-publicized cases instead of something out of the ordinary.

3. Prepare yourself for normal plane movements

In many cases, fear of flying is caused by the unknown.

What happens when there’s turbulence? What happens during take-off? Why do they make us fasten our seat belt?

When our sense of security changes, we automatically think something bad will happen. However, it doesn’t necessarily have to be this way.

For example, you should be prepared to:

Although you may think it’s the worst part of the flight, in reality, turbulence is very common.

You have to realize that the flight doesn’t depend on you. This means that you shouldn’t worry about something that’s out of your control.

You can practice relaxation or breathing exercises in the moments leading up to take-off or during the flight.

Imagine the place you’re going to, what places you’ll see and who you’ll see when you get there. Watch movies, read a book, listen to music, play Sudoku or talk to the person sitting next to you.

That way, you won’t pay as much attention to what’s happening around you.

Fear Factor: Why Am I Scared of Driving?
Vehophobia is the fear that some people experience when sitting behind a steering wheel of a car. In other words, it is the fear of driving. Read more »
Link copied!
Interesting Articles
Healthy mind
Wu Wei, The Art of Solving Problems Effortlessly