Bullying is a reality in society. The first step to fight it is recognizing it can happen to anyone at any age. 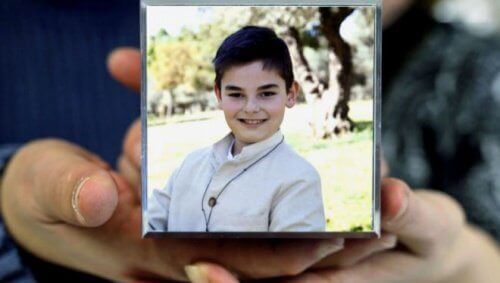 Today, we’d like you to reflect on a sad story: That of Diego, an 11-year-old boy from Madrid (Spain) who decided to end his life on October 14, 2015. The reason? Bullying leads to tragic suicide.

Unfortunately, in today’s society, many people of all ages suffer or have suffered from bullying or harassment. Something that undoubtedly has an impact on their lives, both physically and psychologically.

We all know what bullying is and what this physical and psychological harassment does to the life of a young person. But… How could a little boy have been capable of making this decision? Furthermore, in these situations not only is our attention drawn to the loss of such a young life, but it also makes us question whether the school itself or social services sensed that something was wrong.

The World Health Organization (WHO) recently released a report which reveals that each year, about 600,000 young people between the ages of 14 and 28 commit suicide worldwide. At least half of those cases are due to harassment or bullying.

It’s a social tragedy. We need to better understand it in order to implement strategies to prevent it.

Bullying and the tragic suicide of a special little boy

Diego lived in Leganes, a neighborhood in Madrid where he spent the 11 years of his life. He didn’t want to go any further, he didn’t want to grow up. The boy only wanted to be free from his suffering, from the attacks and pressure he experienced at his school.

And so he decided to throw himself from the balcony of his fifth-floor home.

Some may think that suicide is a cowardly act carried out by those who don’t know how to face life’s difficulties. However, the truth is no one has the right to punish or criticize the choices someone makes in such a situation.

But in this case, we have a child and the reality of the situation takes on a very serious tone. So much so, that Diego’s parents have decided to publish the suicide note that their son left and present the case to the president of the Community of Madrid and the Minister of Education.

We recommend reading: Emotional Predators and How to Avoid Them

Diego’s story, a good student who didn’t want to go to school

Diego got good grades, was a good student and his parents were proud of him. His mother explained that sometimes when she would pick him up from school, he would leave in a rush. He would run to escape from something or someone.

He only seemed happy when summer arrived and he could stay home, free from the classrooms at his school in Leganes.

His parents also recall the four months that he was mute. According to his doctor, Diego’s nervous muteness was likely caused by something that had a severe impact on him.

What remains clear is that sometimes a school’s resources are not sufficient to detect abuse. But a child’s sadness can be seen and felt. Even though the teachers and his own peers saw and heard it. But they remained silent.

However, to date, no one has been found responsible for Diego’s death and the cause has not been investigated. Above all, his parents want the world to know the serious consequences of bullying, the bullying that took the life of their son.

Also read: The Best Advice for Increasing Your Self-Esteem


Diego decided to leave a suicide note for his parents. He left a note on the window sill from where he jumped that said, “Look at Lucho.”

Lucho was his favorite stuffed animal.

He was charged with keeping the last words of the unhappy 11 years old’s life which said goodbye to his parents in a mature, admirable, and emotional way. Because Diego was, without a doubt, a special boy.

What the boy wrote before his tragic suicide

Papa, mama, these 11 years with you have been really great and I’ll never forget them and I’ll never forget you. Papa, you taught me to be a good person and keep my promises, and you also played a lot with me. Mama, you took the best care of me and took me to many places. The two of you are incredible and together make the best parents in the world.

I hope you get to see Eli. I’m telling you this because I cannot bear going to school anymore and there’s no other way to not go. Please, I hope that someday you’ll hate me a little less. I ask that you don’t get a divorce, Mama, and Papa, just seeing you together and happy, I will be happy.

I will miss you and I hope that someday we’ll see each other again in heaven. So this is goodbye forever.

Some steps to avoid bullying

It’s impossible to read these lines without becoming emotional, without putting yourself into the shoes of the parents and thinking about what they must be going through. It’s really important that we raise awareness about the reality of bullying based on these principles:

We know that Diego’s tragic suicide won’t be the last according to the figures from the WHO. However, we hope that the number of deaths will decrease year after year. We can all be a part of this achievement.

Five Tips to Prevent Temper Tantrums in Children
Temper tantrums are part of children's emotional development. The good thing is that you can help your children by avoiding situations that trigger them. Read more »
Link copied!
Interesting Articles
Teens
How to Help Children Cope With Peer Pressure

There are pros and cons to being a vegan teenager. This is because a diet based exclusively on plants can…

Society as a whole tends to believe that video games mostly affect adolescents in negative ways. However, it is essential to…

Teens
Child Bullying: It Could Happen to Anyone

In recent years, stories about child bullying are all over the news and newspaper headlines. The term is on everyone's…

Interesting Articles
Pregnancy
Pregorexia: What Is it and What Causes It?

Pregorexia is an eating disorder that can develop during pregnancy. This disorder, named by combining the words 'pregnancy' and 'anorexia',…

In this article, we propose three turmeric remedies for rheumatoid arthritis. This medicinal food has pain-relieving and anti-inflammatory properties that…

Nutrition
Radish Leaves: The Benefits and Ways to Use Them

Radish leaves are not one of the most popular foods in the kitchen. However, if you knew all their benefits,…

Tartar, also called dental calculus, is the calcification or hardening of bacterial plaque on the teeth. Its appearance is very…