The Consequences of Physically Punishing Children

Physical punishment is an old and controversial parenting method that can cause more problems than it cures. Don’t try to impose this method of discipline on your children in an attempt to educate them. 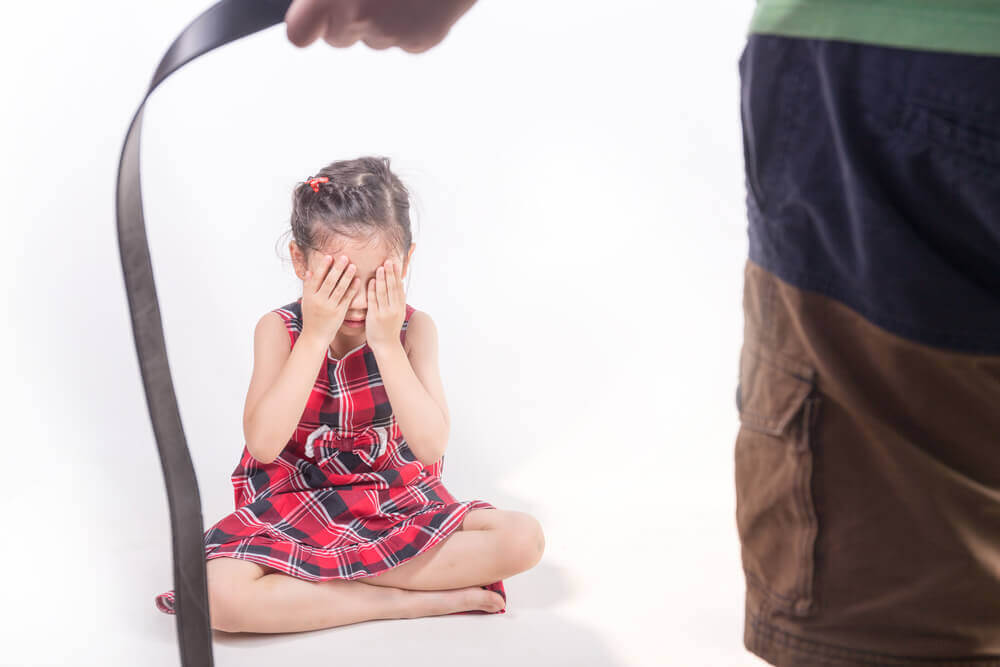 Many have used physical punishment for a very long time to discipline children. However, we now know that this method isn’t effective. On the contrary, physically punishing children can cause clear damage for years on the boys and girls that it’s been used on.

In spite of this, many parents still consider physical punishment to be the best way to educate or correct bad behaviors in their children. It typically includes spanking, pinching, hair pulling, or even heavier beatings. What’s more disturbing is that cases of reported physical punishment are on the rise.

There’s a thin line that separates physical punishment from abuse. Both are characterized by violent behavior against a child or teenager in an effort to regain control over them.

The first can be defined as the desire to create a painful memory or experience for the child without causing injury, so that they won’t repeat whatever bad behavior they had before. The second typically inflicts physical injuries, often intentional. Physical abuse can be a result of excessive physical punishment.

However, this type of punishment also affects a child’s psyche. It causes a series of mental and emotional health problems at a young age.

The Consequences of Physically Punishing Children

Despite multiple campaigns to end physical punishment, it’s still the most commonly and even socially accepted form of violence against children. Those who defend it will argue that it causes the child to immediately behave, but it’s not an effective strategy to teach long term rules or norms of behavior.

Below, we’ll list some of the most clear and negative consequences of this type of punishment on children:

Other Consequences of Physical Punishment

The mental effects are typically proportionate to the type of punishment the parents use. However, research shows that the victims of this type of violence often become abusers themselves.

This doesn’t manifest directly as a tendency to inflict pain on others. Rather, it’s because they don’t know any other way to discipline. As they grow up, they’ll be faced with conflicts that they often resolve using the only tool they know: violence.

Similarly, studies show that physical punishment a leading reason some children begin using and abusing substances, such as drugs and alcohol.

Other consequences affect their personality, mood, and sleep quality. This could be due to increased levels of cortisol (the stress hormone), which can lead to neuro-biological imbalances.

To conclude, understand that physically punishing children interferes with their emotional and psychological development. Because of this, you should seek other methods to improve your relationships with your children.

Positive techniques include reinforcing good behavior, ignoring certain negative behaviors, or calling the child’s attention to identify their bad attitude. Teach them using love and patience, not violence and fear.

Mistakes Parents Make When Their Children Disobey Them
One of the most common mistakes parents make is forgetting that they set an example for their children. Children repeat everything that their parents do. Read more »
Link copied!
Interesting Articles
Did you know?
Why Do We Have Armpit Hair?