Broken souls can play two very different roles, but the important thing is that we know to recognize them so that we can help them heal. 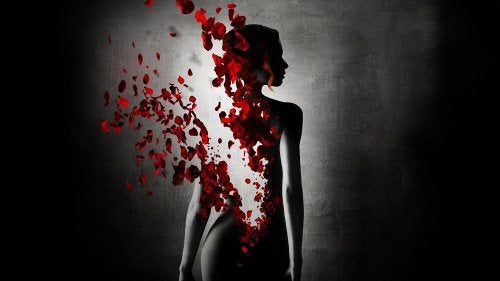 As the years go by, these children, now adults, start “adult” relationships. However, these relationships don’t live up to what we often read in books or see in romantic movies. What started in their childhood, continued during their adolescence, and the damage remains in adulthood. The big question is, can broken souls ever be mended?

Are you aware of how you want to live?


When abuse arises in a relationship there is an abuser and a victim. Many people who love the victim will try to make them see the truth. However, they won’t open their eyes.

Due to the neglect and abuse suffered in their childhood, broken souls have suffered much aggressive behavior. An insult, a slap, a hurtful word, or humiliation are examples of such behavior.

Broken souls are not experiencing anything new, even though the the situation may be different and they may have other ways of tackling the situation. When they begin to realize that nothing is right, then they become scared.

They try to cover up with made up or false stories, such as saying they fell over. They’re aware that what they once considered “normal” has got out of hand. They don’t want to continue living like this, but neither do they know how to get out of the situation.

They feel confused, fearful, and helpless. Without realizing, they’ve fed the beast for a long time, and now they’ve become its prey.

See also: 6 Forms of Verbal Abuse from Your Partner that Should not be Tolerated

Two sides of the same coin

Although we may find it hard to believe, both the abuser and the victim are two sides of the same coin. Both suffered in their childhood, although their way of showing this suffering is very different:

The big problem is that every victim becomes a broken soul. They find someone who will break them, use them, hurt them in the meanest ways, threaten them, and sometimes even kill.


The victim has no resources to defend themselves since they’ve never learned how to do this. What they have learned very well is to hide their feelings and to suffer on the inside. Fortunately, this is a cycle that you can get out of with the patience and firmness.

We won’t deny that many broken souls will never mend. Everything that happens to us when we’re young affects us in later periods of our life.

However, if you’ve had the right people in your life and have managed to draw strength from where you didn’t know you had any, to question everything you’ve been taught, including the fear that you feel, then there is hope for you.

Some do manage to get out of that abusive relationship, which has been destructive and painful and that has dug a deep hole in their hearts and souls.

If you’ve got out of a situation like this, then now is the time to start a new path. Surrounding yourself with people who love you will be an important incentive. You should also seek professional help that can guide you in the right way.

Step by step, calmly and slowly, broken souls pick up the pieces that others have broken, and which they can always piece back together.

It’s clear that there’ll be cracks and deep marks in those who have experienced abuse in their life. It’s difficult to forget these things. Moreover, everything we’ve experienced has made us who we are today.

However, the positive thing is that this is our chance to be better, to take something from this experience and to move on even with all those scars that we have, which are the result of healed wounds.

People with broken souls can move forward. Don’t make the same mistakes. Change the perception of what you once believed was right and wrong. There is a before and a during in every abusive relationship. But don’t forget that there’s also an after, and this is an opportunity to change everything.

There is Always Hope for the Broken Ones
Far from being weak, broken people are strong and have been able to keep moving forward. Though the beautiful part of their life has been in another plane. Read more »
Link copied!
Interesting Articles
Healthy mind
Wu Wei, The Art of Solving Problems Effortlessly