All About Mosquito Bites

Mosquito bites are more than just a nuisance; they can actually be a danger to your health. Learn more about why mosquitos bite, why they prefer some people, and how to prevent bites. 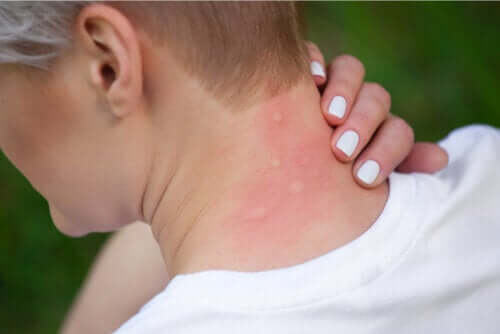 Mosquito bites are a pain to deal with; they’re red, itchy, and can take ages to go away. While mosquitos might seem more annoying than anything, they’re actually capable of transmitting several diseases.

Dengue fever, malaria, Zika virus, West Nile virus and Chikungunya fever are just some of the mosquito-borne illnesses these insects can spread to people. In this article, we’ll share with you all the details about mosquito bites: why they bite, who they bite, and how to lower your risk.

Why do mosquitos bite?

Before we get started, we should clarify that not all mosquitos bite. There are about 3,500 types of mosquitos and only three of them suck blood: Anopheles, Culex, and Aedes.

Likewise, this number shrinks even more when we consider that only female mosquitos bite. Females need proteins to produce and lay eggs, therefore they suck our blood to satisfy that nutritional need.

Generally speaking, a female mosquito can lay between 30 to 300 eggs after a single feeding. To produce more eggs, she needs to drink more blood.

Male mosquitoes don’t bite because they get their nutrients from nectar and other liquids from plants. Females can live without drinking blood, but those three species mentioned above have to in order to reproduce.

Why do mosquito bites itch?

When a mosquito bites you, it penetrates the skin with a sharp pointer in its mouth and injects saliva into the site. This stops the blood from clotting and allows the mosquito to suck the blood more efficiently. Your immune system responds to the chemicals in the insect’s saliva, which can cause different reactions, such as redness, swelling, and itchiness.

Although these symptoms are some of the more common ones, children, people with compromised immune systems, and adults who haven’t been bitten by mosquitos before tend to have stronger reactions to mosquito bites. These more severe symptoms might include fever and chronic urticaria.

Read more: How to Treat a Fever

Do mosquitos prefer some people over others?

As unfair as it may be, the answer is yes, mosquitos do have preferences. Some studies suggest that 20% of the population is irresistible to mosquitos. Similarly, entomologists have discovered other factors that can make you more attractive to these insects.

Below, read about some of the most common factors that can turn you into a mosquito’s favorite snack.

Mosquitos use sight to locate their prey. Studies have found that they’re more attracted to darker colors like black, green, and red. In other words, if you are wearing these colors, you’ll likely be the target for tons of mosquito bites.

3. Carbon dioxide in the breath

Mosquitos are capable of smelling the carbon dioxide we release when we exhale. Thus, the more we exhale, the more vulnerable we will be to mosquito bites. With that being said, make sure you prepare to fight off mosquitos next time you go on a walk or jog outside.

This explains why you often hear the bug’s incessant buzz around your head; they’re attracted to your breath!

In this way, maintaining an active lifestyle can actually make you more prone to mosquito bites due to the higher amounts of lactic acid in your blood and a higher body temperature. However, there are genetic factors that come into play regarding how much uric acid and other components are secreted in the blood.

5. Bacteria on the skin

Scientific studies have shown that the type and amount of bacteria present on the skin can make us more susceptible to mosquito bites. The most irresistible prey are the ones with a higher amount of certain types of skin microbes.

This can help explain why so many mosquitos flock to the feet and ankles since this area is a cesspool of bacteria.

Studies show that pregnant women are more likely to get bitten by mosquitos than women who aren’t pregnant. This is because, during pregnancy, women release approximately 21% more carbon dioxide and their body temperature is significantly higher.

One study from 2002 associated alcohol consumption with higher rates of mosquito bites. Researchers concluded that people who drank beer were more enticing to mosquitos than their counterparts who hadn’t drunk beer.

While there are some things you simply can’t change to avoid getting bitten by mosquitos entirely, there are some steps you can take to limit how much they bother you. And, better still, decrease the risk of contracting a mosquito-borne illness. Here are some quick tips to avoid mosquito bites:

Discover: How to Make Homemade Ointments to Soothe Mosquito Bites

Some people are more vulnerable than others

Of the 3500 types of mosquitos, only three suck blood. Moreover, only female mosquitos bite in order to get the nutrients needed to produce and lay eggs.

Again, some people are more attractive to mosquitos than others. Among these groups are pregnant women, beer drinkers, people with blood type O, people who like to exercise, and people with certain types of bacteria on their skin. While some of these factors aren’t easy to change, you can minimize the risk by following the advice above.

3 Natural and Homemade Mosquito Repellents
To protect your skin from mosquito bites, you don't need bug spray full of chemicals. Here's how to prepare your own homemade mosquito repellents! Read more »
Link copied!
Interesting Articles
Taking care of your body
Is Creatine Safe for the Kidneys?