What Is the WISC Test and for What Children Is it For?

Although the WISC test can be administered to any child between the ages of 6 and 16, it's particularly suitable for detecting high capacities, learning disorders, or intellectual disabilities. 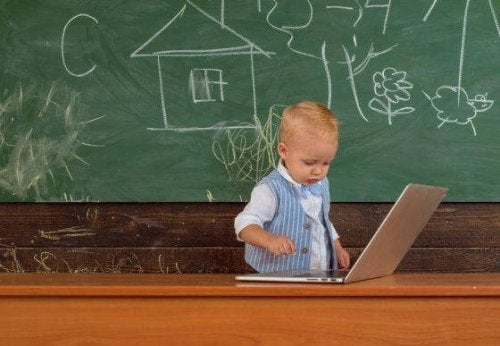 The Wechsler Intelligence Scale for Children, or the WISC test, is a tool to assess IQ in children under the age of 16.

In this article, we’ll talk about the most important characteristics of the WISC test.

What Exactly Is the WISC Test?

The WISC test aims to assess the learning process during a child’s school years.

The Wechsler Intelligence Scale for Children is an intelligence test applicable to children and teenagers between the ages of 6 to 16. Therefore, it covers mainly primary and secondary educational levels.

When it was first published in 1949, the test was a version of the Wechsler–Bellevue Intelligence Scale. However, after several versions, updates, and upgrades, the test has become one of the best child intelligence measurement tools.

It’s often applied by psychologists and education specialists in schools and specialized centers all around the world.

The latest version is the WISC-V, published in 2014.

What Does it Evaluate?

In general, the WISC test assesses five aspects or levels of intelligence:

After measuring the different aspects, the child’s score is compared to the average for their age. Thus, age is a determining factor in the final result.

Precisely for this reason, although it can be applied to any child, the WISC test is usually applied to individuals whose IQs need to be determined. For example, the test is often used to diagnose high capacities, learning disorders, or intellectual disabilities.

We recommend that you read: 5 of the Biggest Signs of Intuitive Intelligence

What Kind of Tests Does the WISC Include?

In addition, the different tests are in various classifications according to the format of the items, that is, depending on the type of responses they accept or stimuli they present. Here are some examples:

Some of them are verbal, others should be done with pen and paper, and others are manual.

We recommend that you read: Intuitive Intelligence: Do You Have It?

How Do They Administer the WISC Test?

A qualified professional can administer the WISC test in public or private schools or in private centers both individually and collectively.

In this sense, parents should know that this test is quite expensive. This is due to the price of the material and the special training the professional must have undergone to be able to apply it.

Moreover, the duration of the test depends on the child’s response speed. However, it usually lasts from an hour to an hour and a half. However, the results are often immediate, except when i many children take it at once.

As we mentioned above, specialists compare the child’s score to the standard score average. A child can score:

Science States Intelligence Is Inherited From The Mother
Much has been said about what makes a person intelligent. The truth is that science has shown that intelligence is inherited from the mother. Read more »
Link copied!
Interesting Articles
Children
Excess Weight in Children: What You Should Know