What Your Nails Say About Your Personality

Find out what the shape and colour of your nails say about your personality. 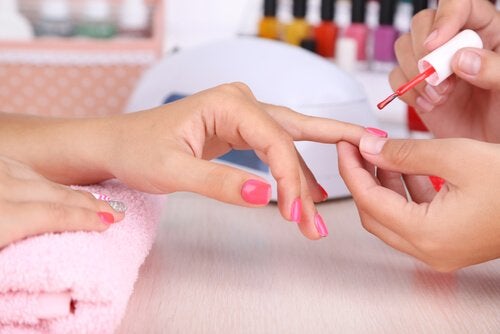 When it comes to painting their nails, many women don’t realize what your nails say about your personality.

Here are a few things to keep in mind:

The Shape of Your Nails

The shape also impacts what your nails say about your personality. There are 7 distinct shapes and each one denotes a different personality.

Firstly, there are long, rectangular nails, which are a sign of a woman who is joyful and sure of herself. She’s also someone who wants to know the world and have new experiences. Not only that, she’s meticulous and always makes an effort to do things correctly.

Straight and rectangular nails belong to hard workers with their feet firmly on the ground. They’re natural leaders and they make no jokes about responsibility. They’re always ready to do a good job and finish it (without forgetting to relax and enjoy themselves when they’ve finished).

Wide and flat nails correspond to people with a lucid and analytical personality. They tend to have good criteria for judging people and deciding who to trust. Furthermore, they’re studious and have a taste for artisan things, creating new things themselves. However, they also prefer utility over beauty and like difficult problems that make them think.

Round and Short Nails

On the other hand, there are short, rounded nails, associated with people with a strong, creative character who are rarely dramatic. They make friends easily because of their energy and friendly nature. They’re also adventurous, daring, and fearless.

People who bite their nails have nails which are uneven and short, which shows that they’re empathetic and like to observe. They’re also completely honest. These nails also reflect nervousness since although they appear calm, on the inside they’re a whirlwind of emotion.

When it comes to triangular nails, these denote a bold and determined personality. These people are passionate and tenacious and always know what they want. They can sometimes seem agitated but they gladly accept a challenge.

Finally, long oval nails are a sign of a highly creative personality who has an affinity with nature. They love beauty and have a certain liking for responsibility. These people always immerse themselves in projects which they like doing. They like to love and do so sincerely, putting everything into whatever they’re doing.

Many parts of our look say things about us. Now you know what your nails say about your personality! Did it surprise you?

Semi-Permanent Nails, a New Trend
If you’re the kind of woman who likes to have your nails painted and manicured, you’ve probably heard about the latest trend in nail salons. Over time, calendars get filled up with less and less time for appointments, and it takes time and some skill to maintain beautiful and elegant nails. Read more »

Beauty
Tips on How to Clean Your Hairbrush

Do you know how to clean your hairbrush? It's normal for this tool to start to accumulate strands each time…

Beauty
Colored Marks on Eyelids: Why Do They Appear?

The colored marks that can appear on eyelids have multiple causes, from metabolic illnesses to allergic reactions. Therefore, they tend…

Beauty
Are Buttermilk Masks Good for the Skin?

Buttermilk masks include natural ingredients revered for their incredible health benefits for the skin. Because of its chemical makeup, many…