What Happens when You Get a Mosquito Bite?

Have you ever wondered what happens to your body when you scratch a mosquito bite? We’ll answer your questions in today’s article. 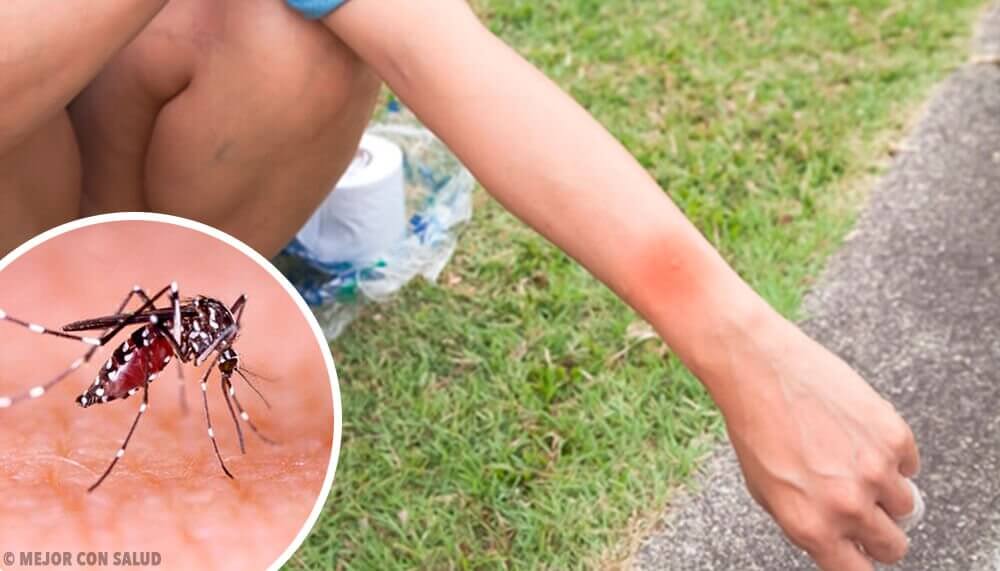 Although something as thoughtless and simple as scratching a mosquito bite can seem harmless, it might actually have more consequences than you realize.

According to entomology experts at the University of Florida, a mosquito bite is the result of when a female mosquito probes the surface of your skin with her proboscis and locates a capillary bed near the surface. When the proboscis penetrates the skin, the mosquito releases saliva underneath.

Remember that a mosquito’s saliva contains certain proteins that your immune system will perceive as foreign substances. Therefore, your body will respond aggressively and immediately at the site of the bite, which you can see when it becomes inflamed and starts to itch.

This normally occurs after a day or two of the bite, but in addition to the itching you can also have an allergic reaction or contract an infection. To find out if your mosquito bite might lead to something else, consider the following:

When is it something more than just a mosquito bite?

If you start feeling achy and tired after a mosquito bite, in addition to the following symptoms, it’s best to get checked out by a doctor. Only they can determine if it’s just a harmless bite or something that requires more attention.

Visit this article: How to reduce a fever naturally

Why do mosquitoes bite people?

According to studies, mosquitoes are able to detect the presence of a person from 150 feet away. This is thanks to the carbon dioxide you emit when you exhale. This signal triggers their search for prey.

The signal won’t guide a mosquito directly to you. However, it will make it easier for it to locate potential sources of food. The mosquito will follow the scent of carbon dioxide against the wind to identify the origin. It’s always attentive while in flight.

As it approaches, it evaluates all possible sources of food along the way. If it does not detect further clues that identify you as a human, it will continue the search until it is successful.

A mosquito can detect a person from about 30 feet away. However, it’s only within a few feet that it can sense your body heat. That’s when certain other factors come into play, such as humidity and smell.

Next, the mosquito searches for a place to land on the surface of your body, such as the feet or ankles. When it’s just about an inch from your skin, it can be certain that you’re a human being and it bites.

We recommend you read: 4 mosquito repellents

There are several options to help you avoid getting mosquito bites. Certain biochemical repellents like citronella are very effective. This is because they don’t have the strong smell and unpleasant feeling like other repellents, and they are effective.

A natural repellent like lemon eucalyptus oil can also work. It’s sold under the name citridiol, but its use is not recommended for children under the age of three.

Another good natural solution to fight the annoying mosquito is a combination of ingredients. If you add 5% DEET (N-Diethyl-meta-toluamide) to vanilla or citronella oil you increase the life of your repellent. Plus, it’s also better for your skin.

Relieve Flea Bites With 5 Home Remedies
Beyond relieving the itching and inflammation that results from flea bites, these remedies will also help to disinfect the area and prevent further problems. Read more »
Link copied!
Interesting Articles
Did you know?
Why Do We Have Armpit Hair?