What Are the Benefits of Sugar Beet?

Have you ever heard of sugar beet? Today, we are going to find out if it has any health benefits compared to cane sugar. 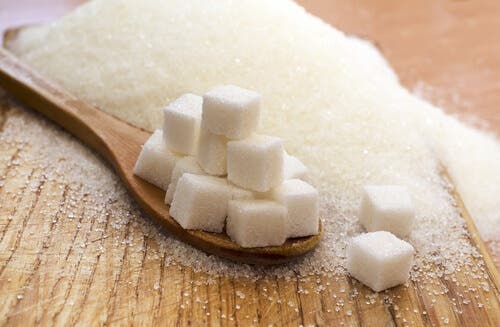 Sugar is part of our daily lives: it’s frequently found in soft drinks, pastries, cakes, and even in sauces and other processed food. That said, what’s sugar beet? Is it really better than cane sugar? Let’s find out the benefits of sugar beet.

What is sugar beet?

Sugar beet is extracted from the sugar beet plant, a plant related to beet we eat in salads. You might not know this, but this plant is among the most used worldwide, along with sugar cane, to produce refined sugar (white sugar).

Sugar beet is also used to produce molasses and brown sugar. As you can imagine, you’ve eaten this sugar without knowing it was sugar beet! This is quite normal as a huge amount of food products don’t say where the sugar comes from, if it’s cane or beet.

To obtain sugar, it’s necessary to extract the plant’s juice and purify it through cooking. This way, the juice with end up by turning into a concentrated syrup which will form sugar beet as it crystallizes.

You may also want to read this: How to reduce sugar consumption

The history behind sugar beet

Since the 19th century, sugar beet can be found in many different recipes.

Sugar has been known for some time now: already in ancient Persia, in the age of Alexander the Great, there’s proof of its existence. Sugar arrived in Europe during the Crusades, even though at that time it was a luxury product that only the rich could enjoy.

It arrived in Spain with the Arabs. Then, with the discovery of America, Spaniards were the ones who introduced cane sugar cultivation to the new continent. In 1795, Olivier de Serres, a French chemist, discovered that beet had a similar composition to sugar cane. However, it wasn’t until 1747 that this information was taken into account.

The German chemist Marggraf documented the existence of sugar. He extracted beet sugar from different varieties after leaving them to rest for a couple of weeks. Early 19th century, the first-ever sugar beet factory was set up and from then, the growth of this production has been exponential.

The benefits of sugar beet

The chemical composition of this sugar is the same as other sources, although it also has its limitations.

The truth is that there are no scientific studies that show a significant nutritional difference between beet and cane sugar. Basically, whatever plant sugar comes from, it’s sucrose, a glucose and fructose molecule compound.

A high consumption of sugar can lead to people gaining weight or developing illnesses such as diabetes or coronary problems. The American Heart Association recommends limiting the consumption of added sugars to a maximum of 25g (around 6 tbsp) per day for women, and 36g (around 9 tbsp) for men.

All in all, beet sugar doesn’t bring better nutrients compared to cane sugar. This is why you should moderate your sugar consumption, whichever plant it comes from. Remember that a balanced diet is the foundation to a healthy life.

Make Your Own Sweetener: How to Grow Stevia at Home
When you grow stevia at home, ensure that the product you get is the best quality, and that no harmful chemicals were included in its care. Read more »
Link copied!
Interesting Articles
Diet
Low-Carb Diet For Weight Loss: What You Need to Know