The liver is an important organ in the human body and is very sensitive to inflammation, medication, genetic imperfections, industrial toxins, and even certain elements from nature. Keep reading to find out more. 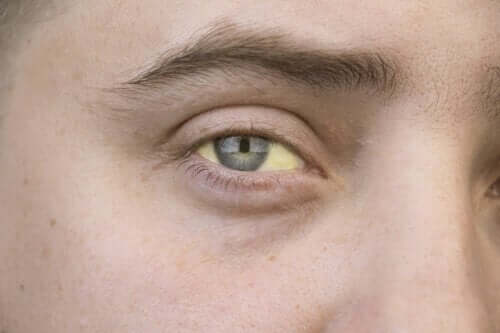 Liver toxicity, better known as hepatotoxicity, is an increasingly common problem, due to using certain medications or organic substances. Although it can go unnoticed at first, you may develop some additional clinical issues as it progresses.

The liver is the main organ in charge of absorbing nutrients, medicine, and other toxic substances. When it can’t do this, you may develop a series of complications, like toxicity.

As explained by a publication in the Medicine journal, we can define hepatotoxicity as liver damage caused by exposure to medication or other non-medicinal substances. The liver’s ability to filter substances makes it vulnerable to toxicity.

In fact, liver toxicity is currently a significant health problem both in the United States and Europe. To add to that, it has become more of a problem so that it’s even triggering the recall of certain products from the market. Some of these hepatic toxins are:

Take a look at this: 6 Foods that Detox Your Liver and Keep it Healthy

The symptoms of liver toxicity are very similar to those in viral hepatitis; when medication causes liver toxicity, you may develop any kind of liver disease. In other words, this includes illnesses that keep the liver from working correctly.

As a matter of fact, according to information from the Mayo Clinic, acute cases may not present symptoms. In fact, we only discover them from blood tests. But, when liver toxicity does produce symptoms, these may include:

These symptoms usually develop a few hours after you’re exposed to certain liver toxins that we know to be harmful. However, when it comes to unknown liver toxins, the symptoms may take weeks, or even months, to appear.

As we’ve already mentioned, certain drugs are the main cause of liver toxicity, but industrial toxins and non-medicinal substances can also cause it. We can see such substances in a study published in Toxicological Sciences. In detail, they include the following:

The Spanish agency for pharmacovigilance created a list of verified medicinal plants, along with the Spanish government. This helps us to verify whether certain plants are harmful to our health.

Although many people don’t realize it, some herbal remedies come with a risk of liver toxicity. In fact, a publication in theWorld Journal of Hepatology suggests that it’s important to regulate the amount of these we take.

Additionally, it recommends against combining these products. On the list we can find:

To add to that, we also want to mention the risk that almost always develops if you take consume these in excess. For that reason, as and when you take them, do so moderately, and you shouldn’t have an issue. However, in any case, it’s always best to seek medical advice.

Certain mushrooms and fungi contain anatoxins. These are hepatic toxins, or in other words, they cause cell and tissue damage in the liver and kidneys. Without medical attention, they can cause death by heart failure in just two days. Their effects can include:

We recommend you read: 5 Ways to Protect Yourself From the Liver Damage Caused by Alcohol

There are no tests that conclusively diagnose liver toxicity. With that in mind, and because of the similarity of the symptoms of related illnesses, a specialist will need to do certain medical tests to rule out viral hepatitis and other causes. The tests include:

Aside from acetylcysteine, a substance that helps remove toxins from the liver caused by high levels of paracetamol, there’s no specific treatment or cure for the problem.

However, as a fundamental guideline, you must remove yourself from the suspected culprit. And treating symptoms like vomiting, resting, and avoiding substances that worsen symptoms is necessary. In more serious cases, you may need a liver transplant.

All in all, the symptoms of liver toxicity tend to improve when you remove yourself from the toxic substance. However, if this does not solve the problem, it could lead to irreversible liver failure or cirrhosis.

As you can see, liver toxicity can be very serious. For that reason, it’s important to notice the warning signs to prevent further health complications. So, if you notice any of these symptoms, don’t hesitate and see a doctor.