The Effects of Paracetamol on Personality

Researchers know about the hepatotoxic effect of paracetamol, but there were no records about personality changes. An Ohio university study addressed this. Here, we'll show you the effects of paracetamol on personality. 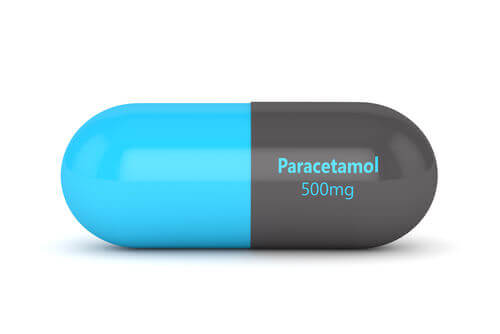 There’s a study confirming the effects of paracetamol on the personality of the patient taking it. It explains unexpected effects that we didn’t know until recently. In particular, it can cause a decrease in empathy.

This drug, also called acetaminophen, is a common analgesic and antipyretic medication. Therefore, many people use it to treat pain and fevers.

Like other drugs, it can cause some side effects. However, you can expect them when you start treatment. Until now, researchers only knew about liver side effects when taking it in high doses.

Studies confirming the effects of paracetamol on personality

So far, acetaminophen is useful for both physical and psychological pain relief. Research from Ohio State University goes one step further.

At this university, they have been researching this drug. Throughout their work, they discovered a new side effect. In fact, these researchers found that paracetamol can reduce positive emotions.

Two studies were carried out with students from the same university.

The first study had 82 participants. Half of them took 1 gram of the drug. The other half took a placebo. Then, they waited about 1 hour until the researchers showed them photos to elicit emotions. There were three types of photos:

After these results, the researchers did a second study where they showed 85 people the same photos. Then, they had to make the same judgments and emotional reactions as the previous study. However, they added one more thing to make sure that it only affects emotions, not judgments in general.

In addition, they had to assess how much blue they saw in each photo. Again, people who took paracetamol, compared to placebo, had different evaluations and emotional reactions. In both negative and positive photographs, there was a big difference.

However, judgments about blue content were similar, whether or not the participants took the drug or not. Therefore, the results suggest that paracetamol affects emotions and not judgment.

Summary of effects of paracetamol on personality

Right now, researchers don’t know if other painkillers like ibuprofen have the same effect. However, there are plans to study this.

Unlike lots of other pain relievers, this drug is not a non-steroidal anti-inflammatory drug (NSAID). That means it doesn’t control inflammation. However, we still don’t know whether this has to do with the effects of paracetamol on personality.

During this study, you can see that some people react differently to positive and negative life events. This shows the effects of paracetamol on personality. In any case, new research needs to confirm or rule this out.

What You Need to Know About Ibuprofen
Widely used, ibuprofen is the common excellent analgesic, but it should always be used with caution. Read this article to learn about Ibuprofen. Read more »
Link copied!
Interesting Articles
Medication
4 Types of Injections You Should Know About