Vitamin Deficiencies that Cause Fatigue

A healthy, balanced diet is essential so that your body gets all the nutrients it needs to perform its many functions properly. A deficiency of some vitamins can lead to fatigue. 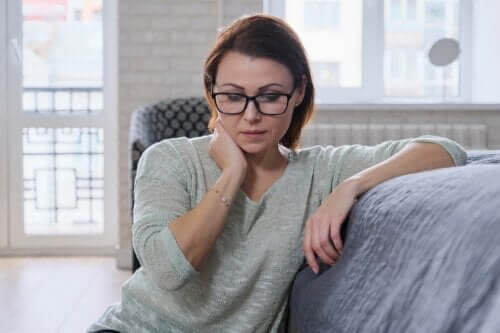 Fatigue is a recurring feeling of tiredness with no apparent cause, which can be worsened by mental activity. It can make just getting out of bed and starting your daily routine almost impossible.

Lifestyle habits are important, but also take a closer look at what you’re eating. If you’re missing certain nutrients, your body will have a hard time giving you the energy you need to face the day.

What is fatigue and what causes it?

We’ve all felt, at some point, that we just want to stay in bed all day long and not do anything. But once you get a good night’s sleep, you’re usually back to normal and can easily go about your regular activities.

The problems come when that weakness or lack of energy lasts for weeks or gets worse. Fatigue isn’t something that you should ignore.

According to a study from the Mayo Clinic, in addition to the normal stress and activity of our modern lifestyle, there are other causes of fatigue:

Chronic fatigue syndrome is a disorder that causes extreme fatigue that a doctor can’t attribute to a specific reason and doesn’t improve with rest.

Another study from the Mayo Clinic suggests that most common signs and symptoms of this condition include the following:

It’s worth mentioning that if these symptoms are recurrent or become very problematic, it’s necessary to consult your doctor since they can also be a warning sign of more serious health problems.

Can vitamin deficiencies cause fatigue?

We mentioned some daily habits that could be causing physical and mental exhaustion, but what you eat can also play a significant role in how you feel. Or to put it another way, what you don’t eat, because it’s vitamin deficiencies that cause fatigue–you might not be eating a balanced diet.

In fact, a study from the Journal of Human Nutrition and Dietetics suggests that a poor diet could prevent the body from getting the nutrients it needs. This can lead to health problems, including chronic fatigue. Next, we’ll look at what happens when you lack certain nutrients.

People use this vitamin to prevent and reduce symptoms of the flu or common cold. In fact, many people believe that eating food daily that contains vitamin C can help prevent these health conditions.

A study published in the Nutrition Journal mentions that the consumption of vitamin C could be directly related to reducing fatigue. Apparently, this is because it acts as an antioxidant.

Foods that provide vitamin C, according to a publication from the National Institute of Health, are the following:

Also read: What You Need To Know About Vitamin C Skin Products

Apparently, vitamin D deficiency is not only related to the weakening of muscles and bones, but also to sleep and fatigue.

In fact, a study in the North American Journal of Medical Sciences suggests that there could be a link between patients who have fatigue and those with vitamin D deficiency. Furthermore, it suggests that an optimal dose of this vitamin is associated with a significant improvement in the symptoms.

According to the World Health Organization, a deficiency in this mineral is one of the biggest worldwide nutritional problems. This occurs not only in developing countries, but also in industrialized ones.

Also, according to a National Health Service publication, these are the most common symptoms or signs of iron deficiency:

In addition, the study points out that to increase the levels of this mineral in your body, you can consume the following foods:

Magnesium is a nutrient that works continuously in our bodies since it is in charge of converting food into energy and regulating other functions of the body.

According to Naoki Umeda, an integrated medicine specialist, in a publication by The Cleveland Clinic, the most common symptoms of magnesium deficiency are:

A WebMD post notes that you can find magnesium in the following foods:

This might interest you: 18 incredible benefits of magnesium chloride

So when should you go to the doctor?

Although we list above certain symptoms and causes of fatigue, it’s important to pay attention to warning signs and possible complications. According to the Mayo Clinic, some things to look out for are:

If you experience any of these symptoms, it’s necessary to consult with a doctor to find an appropriate treatment.

6 Things That Are Causing You to Feel Chronic Fatigue During the Day
Chronic fatigue is a common symptom which is described as lacking in the strength needed to perform activities that require physical or mental effort. It can be moderate or intense, depending on its cause and the physical capacity the patient has to handle it. Read more »
Link copied!
Interesting Articles
Did you know?
Why Do We Have Armpit Hair?