The Properties and Uses of Ginger

Some of the most common uses of ginger are to treat digestive conditions. In fact, it stimulates the production of gastric juices. If you take it after meals, it helps reduce bloating and nausea. 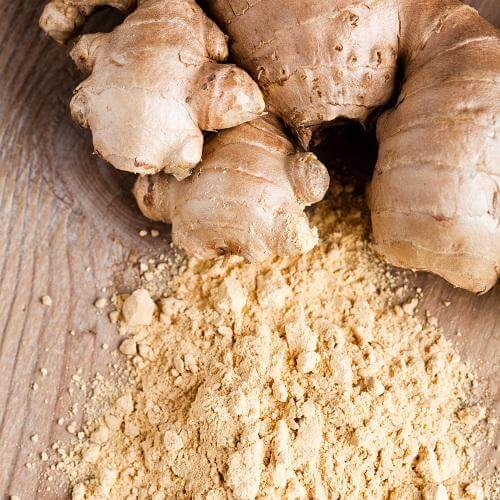 Knowing the properties and uses of ginger is very helpful. In fact, using this root in the kitchen can bring lots of health benefits. Since it’s full of nutrients, ginger works on lots of parts of the body.

We’ll tell you all about its benefits in this article.

Getting to know ginger

Ginger appeared in Southeast Asia more than 3,000 years ago. It exported to Central Asia in the 5th century BC by the Persian King Darius. In fact, he got it from the Hindu plantations in the Middle East. Confucius’s first data available on the ginger trade tells us how the Phoenicians took it to the Mediterranean. Later, it spread throughout the Mediterranean and the Red Sea.

Although it spread fast after the Roman empire, Marco Polo’s travels exported it to the Americas. Therefore, it now grows wild on the Caribbean Islands. Currently, the main exporter of the best ginger is Jamaica.

The culinary uses of ginger

One of the properties of ginger highlights its powerful ability to enhance flavor. In Asian cuisine, they use it to hide or bring out stronger flavors. Typically, it’s common in oriental cuisine as a flavor enhancer in meat, rice, rice dishes, etc. However, there are an infinite amount of sauces that use this wonderful plant.

For western cuisine, we generally limit ourselves to dry or powdered ginger. This gives the kitchen an exotic aroma. In fact, it can even smell sort of spicy. It’s also great in sweet dishes, biscuits, desserts, caramelized fruits, sorbets, and more.

Traditionally, ginger has been used for stomach conditions and digestive problems. It stimulates the pancreas, so it increases the production of digestive enzymes. Some of the uses of ginger are treating dizziness, vomiting, diarrhea or ulcers.

By stimulating gastric juices, you can use ginger as a pain reliever after meals. Additionally, it will reduce bloating and nausea. Another property of ginger is its anti-inflammatory traits. Therefore, it’s great to treat rheumatic and muscle problems.

Also, it’s one of the best teas for menstrual pain, colds, and mucus issues. Hot ginger mixed with lemon and honey lowers fevers and reduces infections.

Also read: Cream of Vegetables with Mushrooms, Leeks, and Ginger

How to use ginger

To use ginger as a tea to prevent or relieve pain (like menstrual cramps), simply heat four or five slices of fresh ginger root (unpeeled), a tablespoon of lemon juice and some honey. Here’s how:

As you can see, there are lots of properties and uses of ginger. You can use it for lots of different reasons, both in treatments or delicious recipes. Give ginger tea a try!