Studies have shown that changes in sleep or sleep patterns can help predict the onset of some degenerative diseases. 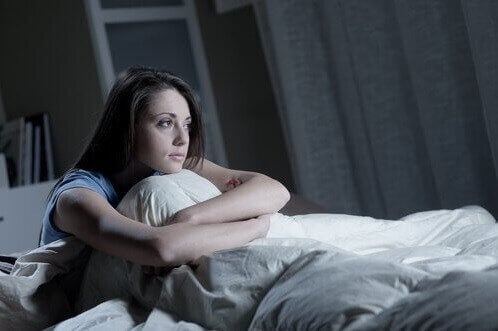 In today’s article, we want to share what your sleep patterns can tell you about your health.

What are altered sleep patterns?

Sleep disorders and sleep-related problems don’t just affect people who have neurodegenerative diseases, such as Parkinson’s, dementia or Alzheimer’s.

They modify the habitual development of the dream cycle and can interfere in a person’s mental, emotional, or physical function.

The main sleep disorders are:

There are also other less common sleep disorders, such as:

The REM phase and neurodegenerative diseases

According to a study by the Neurology Service of the Hospital Clinic in Barcelona, your behavior during the REM phase can explain or alert you about certain diseases, such as Parkinson’s or senile dementia.

Patients who suffer from nightmares about being attacked or mistreated, and who kick or cry out during the REM phase, could suffer from neurodegenerative diseases in the future because of a lack of dopamine in their brains.

Patients can visit a sleep clinic to undergo certain diagnostic tests that analyze the type of disorder that is affecting them. Then, they can identify what it could mean for their future.

Such an analysis is performed on an outpatient basis in the hospital or clinic. Doctors compare behavior during the REM phase with the probability of developing a disease.

Sleep disorders could offer a sign for the prevention of narcolepsy, a stroke or drowsiness. They can also detect respiratory problems like sleep apnea and snoring.

How to Combat Sleep Apnea with 5 Natural Remedies

In addition to assisting patients with sleep-related respiratory disorders, the hospital in Spain also offers sleep medications and explores the relationships between epilepsy and sleep disorders.

According to neurologist Maria Gudin, it’s difficult to differentiate an epileptic episode with a problem in a dream.

Her colleague Mercedes Munoz argues that Parkinson’s disease (the second most frequent neurodegenerative disease) is more common in people who suffer from insomnia, as well as anxiety and depression.

This means that several sleep patterns are common among patients with neurodegenerative diseases, and this can have an impact on their quality of life.

Their sleep habits can be an initial manifestation of the disease, making it important to approach them from a therapeutic point of view.

They are all related to sleeping problems. The same is true of generalized anxiety and post-traumatic stress disorder.

One article claims that an increase in life expectancy is associated with a greater number of people with dementia in general, and Alzheimer’s disease in particular.

Aging, Alzheimer’s, and sleep disorders are strongly associated. When coupled with a genetic predisposition and external factors, they can seriously impact a patient’s quality of life.

For many patients, disruptions in sleep leads to hospitalization. In these cases, the changes in their sleep patterns are much more severe than for those who do not have any associated disease.

The characteristics of sleep disorders for those who have Alzheimer’s are:

Damage to the neurons that keep them asleep is the main cause of these sleep problems.

The hypothalamus and your internal clock are responsible for sleeping and waking, but for these people they are not in sync.

Neurodegenerative Illnesses: 7 Tips to Prevent Them
Here we share tips to prevent or lessen the symptoms of the four best-known neurodegenerative illnesses. If you have a genetic tendency to them, read on. Read more »
Link copied!
Interesting Articles
Did you know?
New Year's Traditions Around the World