Because cinnamon can significantly lower blood sugar levels, it’s important that you talk with your doctor about any other medication or treatment you might be taking that has the same effect. 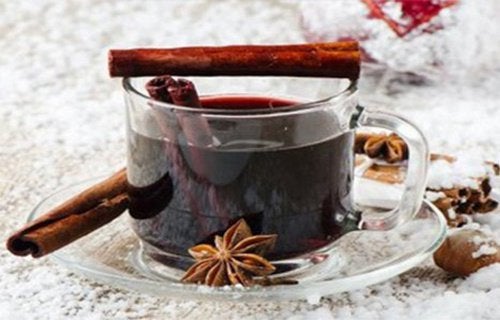 Diabetes is a metabolic disease that causes high levels of blood sugar, either due to insufficient insulin production or because the body doesn’t regulate blood sugar levels correctly with the amount of insulin that’s produced.

Leading a sedentary lifestyle and having a poor diet are major causes of this health problem that has spread throughout the world in recent decades. According to multiple studies, there are more than 382 million people suffering from diabetes today, and that number is growing.

You can control diabetes. But it’s important that you commit to a course of treatment. Therefore, you must completely eliminate all kinds of sugary foods that can make your condition worse.

Treatment for diabetes should be tailored to the individual and maintained regularly to ensure that blood sugar levels remain stable. While you’ll need medical treatment and monitoring by your doctor, you can also try some home remedies that may help regulate blood sugar levels.

This remedy will use only two very inexpensive ingredients: cinnamon and cloves. Both have been found to have positive results for people with diabetes.

One recent study found that cinnamon can help people who suffer from type 2 diabetes. The participants in the study consumed cinnamon on a regular basis and found that both their blood sugar and cholesterol levels were reduced.

It would seem that cinnamon helps improve the body’s ability to regulate blood sugar levels and also helps to increase the effectiveness of insulin. Regular consumption of cinnamon helps to activate essential enzymes that stimulate cellular receptors to respond more effectively to insulin production.

Cloves are a popular spice around the world thanks to the enticing aroma and delicious flavor that they add to recipes. But they’re much more than just a spice. Cloves have some medicinal properties, like the ability to help reduce high levels of blood sugar.

Clove is a spice with some of the highest antioxidant contents; packing 80 mg of vitamin C per 100 grams, in addition to beta-carotene, vitamin E, selenium, fiber, phytosterols, and various essential minerals.

How to Use Cloves in Natural Remedies to Improve Digestion

How to you improve your blood sugar using cinnamon and cloves

Now that we’ve shown why cinnamon and cloves can help reduce blood sugar levels, it’s time to learn how to make this powerful remedy that may help control diabetes to some extent.

Mix all the ingredients in a bowl and store it in the fridge for four to five days. After that time, strain off the liquid and drink half a cup each day.

Note that not all people should use this remedy because it could have adverse side effects. If you have diabetes and want to try this remedy, first take note of the following:

11 Complications of Diabetes
Before we go into details about the complications of diabetes, it's important to revisit what this condition actually is, the different types, its symptoms, how it's caused, and how to avoid it. Finally, we'll share 11 of the most serious complications caused by diabetes. Read more »
Link copied!
Interesting Articles
Other treatments
Natural Remedies to Fight Vaginal Boils