Will Promising to Change Get Your Relationship Back?

In general, when someone is promising to change so you won't leave, they're just empty words. That's why it's important to make a wise decision by yourself. 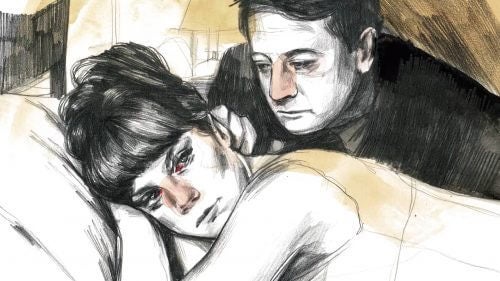 Are you promising to change in order to get a relationship back or keep one? Has anyone ever done this to you?

This situation commonly happens when you know a breakup is coming, but you refuse to accept it.

The strangest thing is that when someone is promising to change, sometimes the best thing that could happen is that the relationship ends.

Because these promises are sometimes an attempt to manipulate you.

Promising to Change to Prevent Loss

Let’s say the person you’re with was unfaithful to you and once you find out, you make a clean break.

Your partner, out of desperation, tries anything they can to make you understand that it was a mistake that will never happen again. Promises pour out of his mouth in search of approval.

He or she begs and somehow gets your feelings of pity and compassion going. Sometimes, it works and you give him or her a second chance.

However, it’s not about changing, but instead about being aware that no matter how many promises he makes, they’re being made in the heat of the moment. In other words, it’s simply an attempt to keep from losing you.

What does this mean?

It means that the promise won’t last. In fact, the minute you give him a second chance, things may go right back to how they were.

Oftentimes, we don’t want to see how bad things are going. We just focus on what we want, so we’re willing to sacrifice our health and theirs, too.

This often happens as part of emotional dependence. You promise to change so you won’t lose the person who is the object of your addiction.

However, you can’t promise something you’re not confident you can do.

After all, promises are deceiving to both of you.

Your intentions might be good, but are you sure it will happen?

If they’re promising to change, make sure it’s not for selfish reasons.

Promising to change may just prolong a situation that will end up causing you even more pain.

That’s why it’s important to not get carried away, but instead be objective and realistic.

Don’t hang on to promises that will never become reality.

Before you go, read:

Be Calm: Let Time Heal and Put Everything in its Place

Let’s open our eyes to these traps and not let ourselves be carried away by compassion and pity. Take some time alone to reflect on the situation.

No one is saying you have to decide right now. Give yourself the time you need to see the situation from a more clear and precise perspective.

Relationship Secrets of Every Happy Couple
Having a happy couple relationship isn't at all simple.  Sometimes there are disappointments, differences, and problems that can wear down the relationship.  That is why we ask:  What is the secret to happy relationships and happy couples? Read more »

Link copied!
Interesting Articles
Breakups and divorce
How to Stop Obsessing Over Your Ex