Home » Lifestyle » Did you know? » Possible Symptoms of a Stomach Ulcer

Possible Symptoms of a Stomach Ulcer

Stomach ulcers usually have a characteristic set of symptoms that you shouldn't ignore. The consequences could be very harmful for your health. 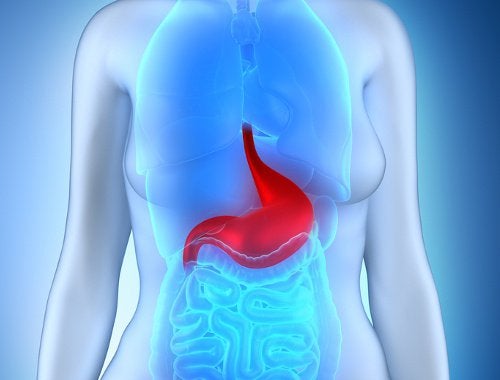 Stomach ulcers. No doubt you’ve heard of this annoying problem before, in which a sore develops on the lining of the stomach or the intestine. Ulcers can cause severe pain, and often appear during stressful situations, but that doesn’t have to always be the case. This is why it’s important to know all of symptoms of a stomach ulcer.

In today’s article we’ll talk about them –also known as peptic ulcers– and focus mainly on the symptoms so you’ll be able to recognize them better. Are you ready to learn?

What’s a peptic, or stomach ulcer?

Stomach ulcers occur quite frequently. They can appear thanks to your lifestyle not being as healthy as it should be. And problems arise when a sore forms on the mucus lining of your stomach or the upper part of your small intestine (also known as the duodenum).

This sore, or ulcer, originates when there’s a sudden change in your digestive process. The secretion of too much stomach acid, for example, can cause these sores.

It might also surprise you to know that according to the statistics, nearly 20% of the world’s population suffers from this problem. You need to be careful, because if left untreated, stomach ulcers can lead to more serious complications.

What causes a stomach ulcer?

The most common cause of stomach ulcers is an infection caused by the bacterium Helicobacter pylori. It’s true that when you normally think about an ulcer, you might immediately associate it with stress and the metabolic changes that alter the levels of cortisol in your body, which can lead to digestive problems.

But try to remember that this isn’t always the case. Bacteria is far more responsible (in most cases) for ulcers.

Some other things that may cause stomach ulcer are:

Reasons to Quit Smoking and Strategies for Success

Symptoms of a stomach ulcer

In addition to the pain and general discomfort, the most common symptom of a stomach ulcer is acid reflux, causing people to confuse them with simple indigestion. You need to know that if you leave your ulcer untreated, it’ll eventually erode the wall of your stomach or small intestine, causing internal bleeding and even affecting other nearby organs like the pancreas.

1. A feeling of being “stuffed”

Maybe you just ate, and now your stomach feels full and hard, as if you’ve eaten far too much and can barely breathe. If this happens to you often and not just every once in a while, go see your doctor.

Do you go through a long process after eating that starts with the hiccups, followed by uncontrollable burping, and finally a few hours later you experience gas? It could be an ulcer.

Pain or a burning sensation that’s especially concentrated around the navel and belly and doesn’t respond to any other treatment could be a problem. If it lasts for more than a week, it’s time to see a doctor.

One strange side effect of a stomach ulcer is that after eating, you might experience that “stuffed” feeling for a few hours, but then suddenly and without warning you are ravenous again. This is actually false hunger, caused by an excess of stomach acid irritating your ulcer.

These are more advanced symptoms of a stomach ulcer that should definitely put you on alert. No one loses weight without a reason. It’s a clear sign that you’re not getting the nutrition that your body needs, or that your digestive system isn’t working properly.

If nausea or vomiting is also present, these are even more obvious signs of a possible ulcer. Don’t delay – go see your doctor!

This is an unmistakable sign that your ulcer has already eroded your stomach lining or the wall of your duodenum. If this happens, go directly to the emergency room. Stay calm –you know that a stomach ulcer can be treated.

With the right medication and some changes to your diet and lifestyle, you can turn this around very quickly. The important thing is to recognize the severity of your symptoms so you can respond immediately.

8 Great Foods for Fighting Gastric Ulcers
Even though everyone knows the foods that make them feel better or worse, these are the most recommended foods for anyone who suffers from gastric ulcers. Read more »
Interesting Articles 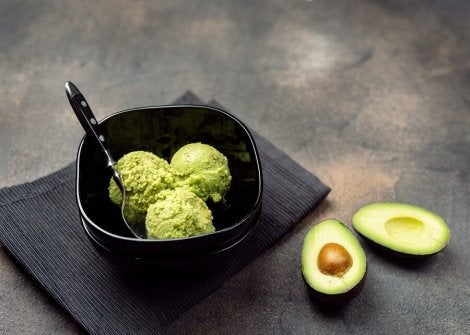 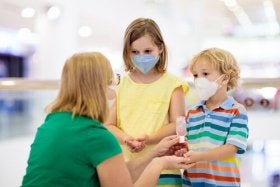