Parts of the Brain and Their Functions

The brain has many parts and many functions that are evidence of its enormous complexity. Science has already managed to unravel and understand many mysteries of this organ; although, there are still important enigmas that are yet to be deciphered. 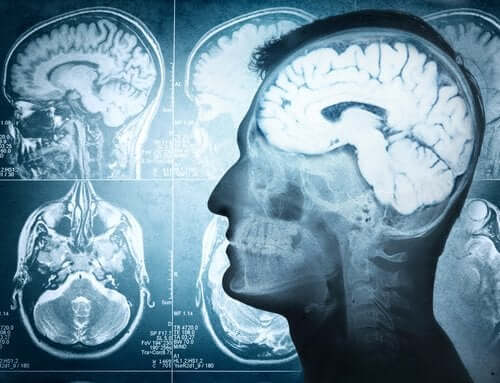 We’ve slowly come to know and decipher the parts of the brain and their functions but there are still many enigmas surrounding the subject. This is because it’s the most complex system in the entire known universe and, for this reason, science hasn’t been able to fully understand it.

The cerebral cortex and its functions

The cerebral cortex is the most visible part of the brain. It’s a thin, gray sheet that covers the entire surface of the cerebral hemispheres. Also, it’s the most developed component of all parts of the brain and its functions, without a doubt.

Furthermore, the cerebral cortex, or simply cortex, has a rough, folded appearance. It represents 80% of the total weight of the brain and contains 20% of the total number of neurons — brain cells. It also has 60 million cells that aren’t neurons.

This cortex has three main components: the archicortex, the paleocortex, and the neocortex. The archicortex is the oldest part and develops primitive functions, such as memory and emotions.

The paleocortex was the next to evolve in living beings and comprises the olfactory pathway termination areas. In humans, the paleocortex performs pre-rational activities associated with intuition and impulse.

Finally, there’s the neocortex, which is the most evolved part of the cerebral cortex. It’s responsible for carrying out the processes of reasoning and consciousness. It houses several lobes and subdivisions.

Find out the reasons why Hydration is Essential for Your Brain

The lobes are a fundamental part of the cerebral cortex

The lobes are among the parts of the brain that are crucial for carrying out brain functions. There are six of them in total and each of them fulfills a specific, but not independent, role.

Find out more about How Sugar Affects the Brain

Other parts of the brain and their functions

The remaining parts of the brain and their functions are:

A Mother’s Microbiota Impacts Fetal Brain Development
Most people know that pregnancy is a critical time for a fetus, but did you know a mother's microbiota can impact fetal brain development? Read more »