Research published in The Lancet reveals that antisocial problems could be explained by changes in brain structure. These findings add to previous research along the same lines. Continue reading to find out more about it. 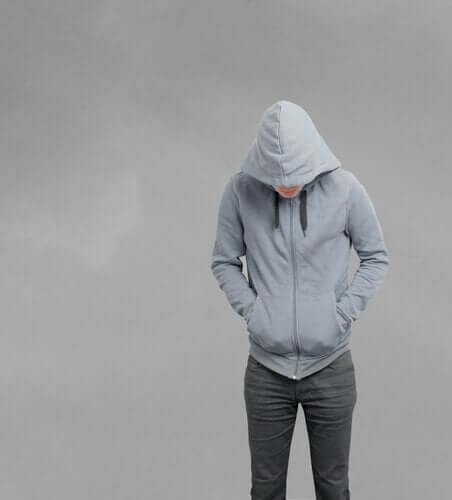 In their psychiatry section, The Lancet published the latest research on the human brain carried out by University College of London (UCL) in February 2020. The article explores the association between antisocial behavior and brain structure.

Firstly, this research was a collaboration between the London institution and researchers from New Zealand, where the research participants came from as well. The Queen Mary Hospital in New Zealand provided these participants.

To carry out the research, they did nuclear magnetic resonances on more than 600 people who were 45 years old at the time of the imaging test. These 600 people are part of a larger unit comprising of more than 1,000. The New Zealanders have been studying them since childhood.

Their intention was to determine the factors that can influence a person throughout their life and make them antisocial or addicted. If they could detect these factors then it would be possible to influence in a positive way and prevent crimes, for example.

They measured the thickness of the cerebral cortex and the amount of gray matter through the resonances they did on the research participants. These data allowed a comparison between those who displayed antisocial behavior and those who didn’t.

What and who is antisocial?

OK, but what exactly is antisocial behavior? This is a difficult concept to define since it varies according to the age and culture of those involved. Europeans may have a different idea to Americans of what’s antisocial.

So, we could define antisocial behavior as anything a person does that’s contrary to the interests of their society. Thus, it’s a way of living and acting that violates the norms established by the majority.

Antisocial behavior ranges from traffic infractions to a violent crime. Also, some addictive teenage practices could fall into this category. For instance, stealing alcohol from adults.

In the background, antisocial behavior reveals that a person rebels against authority. Be it their parents or the police. One can also understand this behavior as a challenge to established institutions.

There doesn’t have to be a pathology that accompanies antisocial behaviors. Most of the time it’s only a way of acting up that doesn’t appear in clinical psychiatric literature.

In any case, science established the existence of something called antisocial personality disorder. These people are impulsive and repeatedly break the rules. Also, they don’t regret their transgressions. This diagnosis only applies to those over the age of 18.

Results of the investigation

The research published in The Lancet indicates that the participants were divided into three groups:

The researchers learned significant things in the first group. The brain MRIs of these people showed a shrinking of the cerebral cortex when compared to the others. In addition, they had a somewhat smaller amount of gray matter.

Also, there were no differences between the group with antisocial problems in adolescence and those with no history. This reveals that certain behaviors at an early age are more cultural than biological.

What’s evident is the change in brain architecture that a small part of the population may have, perhaps in relation to antisocial types of behavior. Those changes could explain the antisocial personality that persistently manifests over the years.

Find out more: The Most Common Mental Illnesses

Previous studies on antisocial behavior and the brain

The results published in The Lancet merely added to a chain of previous research on the same subject. Various universities have been studying the topic at different ages and in different countries.

Teenagers with antisocial problems, for example, had alterations in the frontal and temporal regions of their brains. Also, more seriously, violent convicts have less gray matter.

Specifically, researchers had been on the trail of the emotion zone in the brain to find an association. Assuming that antisocial problems are due to a lack of empathy, it was logical to look for changes there. The results indicated that antisocial teens had smaller brain tonsils, and the amygdala is the seat of empathy.

We can conclude that this new research confirms that antisocial problems have a certain relationship with the structure and architecture of the brain. These changes are one more factor that determines antisocial behavior in a person’s life.

Is My Child a Psychopath?
Child psychopathy is a disorder characterized by a lack of empathy, and the nonexistence of the feeling of blame, after doing something that hurts or manipulates another person. Read more »
Link copied!
Interesting Articles
Anatomy and physiology
Normal Prolactin Levels and Why They Can Change