Mycoplasma genitalium is a sexually transmitted bacterium that was discovered relatively recently. In this article, learn all about it, including how to prevent the infection it causes. 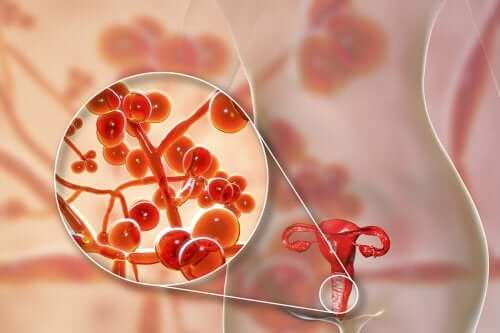 Mycoplasma genitalium was discovered in 1981. That year, they identified it in two patients that were suffering from a condition called urethritis. However, the condition wasn’t caused by the most common germ that causes it, gonococcus. However, recently they confirmed that it’s a bacterium that causes sexually transmitted diseases. Arguably, the study published in 2015 in the International Journal of Epidemiology confirmed this.

Overall, Mycoplasma genitalium is a bacterium that belongs to a family of bacteria called “mycoplasma”. Also, Mycoplasma pneumonia and Mycoplasma hominis belong to this family. It’s the smallest known bacterium that can live independently. Also, it’s the second smallest of all bacteria that we know of to this day.

Overall, this bacteria behaves like a parasite in human cells. It inhibits cells of the respiratory and reproductive tract. Therefore, it’s difficult to diagnose an infection that comes from this bacterium. This is because it doesn’t show in conventional microscopes for diagnostic tests. Plus, they can only grow it in highly specialized laboratories.

The causes of Mycoplasma genitalium

Within this family of mycoplasma, Mycoplasma genitalium inhabits the cells of the reproductive tract of human beings. Thus, this is why it can be considered a sexually transmitted disease (STD). Therefore, it spreads through sexual practices and relationships. Thus, a human being who carries the bacteria transmits it to another.

Using a condom is the most effective method to prevent infection from this bacterium. Those who don’t use them during sex have a high risk of infection.

The symptoms of a Mycoplasma genitalium infection

Typically, this bacterium tends to hide because it’s small and behaves like a parasite. The infected person may not have symptoms initially. In general, the bacteria takes between one to three weeks to manifest.

However, it’s important to differentiate the symptoms that manifest in men from those that manifest in women. In men, the most common manifestation is the condition called “urethritis”. This is inflammation of the urethra, the tube that carries urine from the bladder to the outside of the body. In women, the most common manifestation is cervicitis. This is inflammation of the uterine cervix.

Typically, infected men may suffer from:

On the other hand, infected women may suffer from:

Recent scientific studies associate Mycoplasma genitalium infection with infertility if they don’t treat it in time. Also, in pregnant women, it can cause premature delivery or miscarriage.

Make sure you read: Read About the 5 Most Common Sexually Transmitted Diseases

Because it’s hard to diagnose, medical protocols indicate an empirical treatment for patients with symptoms of sexually transmitted diseases. In other words, doctors should prescribe antibiotics before receiving the diagnostic test results. Typically, they do this with drugs that kill the most common STD pathogens.

A person with the symptoms we listed above will likely receive antibiotics of two different varieties. Typically, this involves a treatment regimen that may range from a single dose to up to seven days. However, if symptoms persist after this empirical treatment, the doctor will prescribe a second round of different antibiotics.

In addition to antibiotics, an essential part of treatment is the suspension of sexual activity. Patients should not have sex until their doctors confirm that the infection is gone. Also, it’s important to ensure that the sexual partner or partners of the infected person get treatment. This helps prevent reinfection.