Broad spectrum antibiotics are a great tool for treating several bacterial diseases. However, there is a major drawback: they cause resistance. 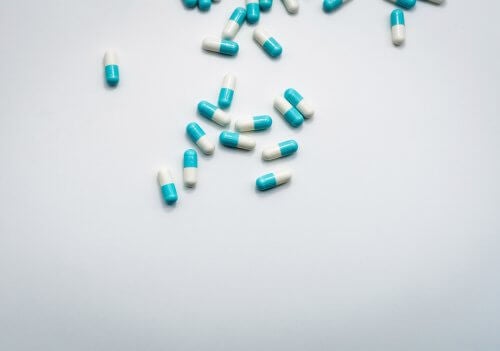 Broad-spectrum antibiotics are effective in destroying a large number of bacteria. Find out what they are, how they work and what are the consequences of overusing them in this article.

They are usually bacteriostatic. Therefore, they don’t destroy bacteria. Instead, they prevent their growth and reproduction. As a result, the bacterial population ends up disappearing. This action consists of inhibiting the protein synthesis in bacteria, which prevents them from multiplying.

Due to their effectiveness, one of the big problems is that they can end up eliminating other healthy bacteria that are good for your endogenous flora.

Overall, there’s a large number of antibiotics out there. This is due to the development of new antibiotics to replace old and ineffective ones. After all, bacteria often end up developing resistance to these drugs.

Let’s take a look at some of the different types.

Read this article, too: 6 Natural Antibiotics that You Probably Did Not Know

This type of antibiotic has a different mechanism of action.

It partners up with two compounds. On the one hand, Amoxicillin prevents bacterial wall synthesis. Meanwhile, clavulanic acid preserves the role of amoxicillin: enhancing it.

This type of broad-spectrum antibiotics is commonly used to treat respiratory infections. Due to its widespread and little rigorous use, AMC develops a lot of resistance and causes a global health problem.

Tetracyclines are a series of compounds that have a chemical structure and mechanism of joint action. All of them are meant to inhibit protein synthesis in bacteria.

Their medical use is quite limited. This is due to the potentially toxic effects they have on the body. Doctors usually give them to treat chlamydia, brucellosis or Mycoplasma.

They use it to treat infections caused by Salmonella, some types of meningitis, and pneumonia. This antibiotic interferes with the enzyme functioning of the liver. Therefore, doctors must monitor its administration carefully.

This type of antibiotics also is broad-spectrum, even though it’s more specific.

Like the previous ones, its mechanism of action is to inhibit protein synthesis.

Erythromycin is considered to be one of the less toxic antibiotics. It’s used for treating certain cases of pneumonia caused by Mycoplasma pneumonia or Legionella pneumophila.

Check out this article, too: 10 Natural Antibiotics that Don Not Require a Prescription


Resistance to antibiotics is a major health problem worldwide.

Broad-spectrum antibiotics may be a great option for treating certain infections. However, their excessive use causes a widespread health problem due to resistance.

Any antibiotic is able to cause resistance. Bacterial strains can mutate and evolve rapidly. Therefore, some will end up becoming resistant to the compound.

The problem gets worse when these resistant strains continue to infect the population and there aren’t any effective antibiotics to fight against them. As a result, new antibiotics are constantly being created (second and third-generation antibiotics). However, the problem continues and still, new resistances appear.

The misuse of broad-spectrum antibiotics has become a very big problem. They affect a large number of microorganisms and they can generate multi-resistance in all of them.

At the same time, there’s the problem of cross-resistance. This happens when a type of bacteria becomes resistant to antibiotics in addition to other reduced spectrum bacteria.

Because of all this, it’s essential to raise awareness of the dangers of misusing antibiotics. The resistances are already affecting global health and they lead to the appearance of infections that we thought we had eradicated.

Talk to your doctor about any questions you may have.

The 5 Best Natural Antibiotics and How to Use Them
Discover some of the best natural antibiotics that nature has made available to use, from honey and garlic to cayenne pepper and turmeric! Read more »
Link copied!
Interesting Articles
Medication
Description, Characteristics and Uses of Pulmicort